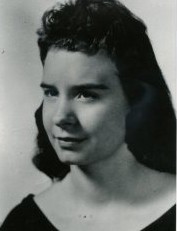 Nickie grew up in Shoshone, Idaho and graduated from Shoshone High School in 1959. After she married, she moved to Garland, Utah where she raised her family. She then moved to Tremonton, Utah.

Nickie worked as a Nurse’s aide at the Bear River Valley Care Center and an activity aide at Lifecare Center in Boise, Idaho

She loved sewing and crocheting. She donated many hand crafted items to the Bear River Valley Hospital, Care Center and other charities. She always had a quilting project in the works.

Nickie was a member of the Church of Jesus Christ of Latter-day Saints.

She is survived by her children: Vikki (Darren) Tingey, Tammy Smith Blanthorn, and Brian (Heather) Smith; brothers: Joe (June) Mallea, Louis Mallea, and Dick Mallea; nine grandchildren; twenty great grandchildren (with one more on the way); many nieces and nephews.

The family wishes to express their sincere thanks to the staff of Sunshine Terrace Care Center in Logan, Utah for the love and care they gave Nickie in her final years.