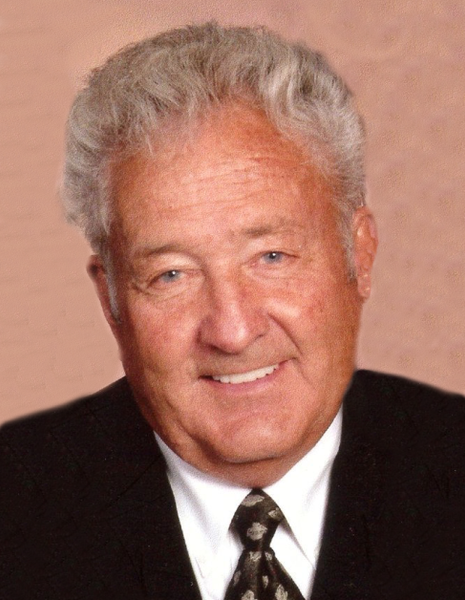 Our loving Father and Grandfather, Oleen Clive Garn, 86, passed away peacefully on Monday, June 11, 2018 in Tremonton, Utah. He was born to Micah Oleen Garn and Erma Lenora Nielson on January 22, 1932, in Garland, Utah.

As a boy he worked on the family farm until he graduated from Bear River High School.  He served in the US Navy during the Korean War on the U.S.S. Manchester. Upon returning home, he continued his education at Utah State University where he graduated with a Bachelor’s Degree in Political Science. While there he met a beautiful ‘red head’ from Burley, Idaho named Aloha Louise Taylor, whom he married on July 12th, 1956 in the Logan LDS Temple. They were blessed with four children; Craig, Kathryn, Tina, and Lisa.

He is survived by his daughters, Kathryn & (Allen) Willis, Tina & (Stephen) Brueckner, Lisa & (Brady) Chournos, a daughter in law, Lynda (Johnson) Garn and by his brother, Darvel N. Garn, fourteen precious Grand-Children and seventeen Great-Grand Children.  He was preceded in death by his sweetheart, Aloha, and his son, Craig.