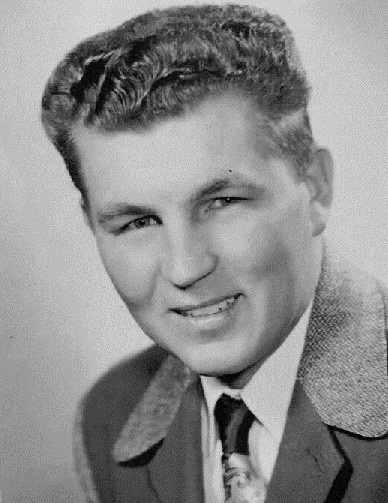 Oris Clark Rudd, age 95, died peacefully on Sunday, November 28th, 2021 surrounded by Family in Parma, Idaho. Born August 14th, 1926 in Plymouth, Utah, to George Clark Rudd and Ettie Nish as the second of 5 children, his youth was spent on the family farm, where he gained a strong work ethic, a knowledge and appreciation of agriculture, the importance of caring for livestock and equipment and managing his time, all of which served him well throughout his life and career.

Oris graduated from Bear River High School in May of 1944 and six months later he was inducted into the US Army and shipped to Little Rock Arkansas for basic training and then on to Sagami Japan, followed by a position at Regimental Headquarters in Yokohama, Japan until his discharge in November of 1946. Once back home, he began again assisting his father with the day to day operations of the family farm which now had grown to over 160 acres. He also saw the need to continue his education and ultimately received both a Bachelor and Master’s degree in Science and Agriculture from Utah State University.

While working and attending college he met his sweetheart and eternal companion, Delphia Bunderson. They were married for time and all eternity on April 22nd, 1948, in the Logan Utah Temple and spent the next 71 years together until her passing in 2019. Together they raised five children. He worked for 27 years as an Extension Agent Chairman in Jefferson County, Central Oregon and Malheur County, Eastern Oregon, retiring in 1982.

The Church of Jesus Christ of Latter-day Saints was central in Oris’s life. He served in many church leadership capacities, and along with his wife, served multiple church missions including missions in The Philippines, Micronesia, and England. In addition to three intercontinental missions, they spent a year in the family genealogy research center in Salt Lake City.

Funeral Services will be held at 2:30 pm on Friday, December 3rd at the LDS Stake Center, 1705 NW 4th Avenue, Ontario, Oregon. There will be a viewing prior to services from 1:30 to 2:30 pm. Interment will be at the Tremonton Utah Riverview Cemetery on Saturday, December 4th, 2021 at Noon.

Services are under the direction of the Haren-Wood Funeral Chapel, Ontario.