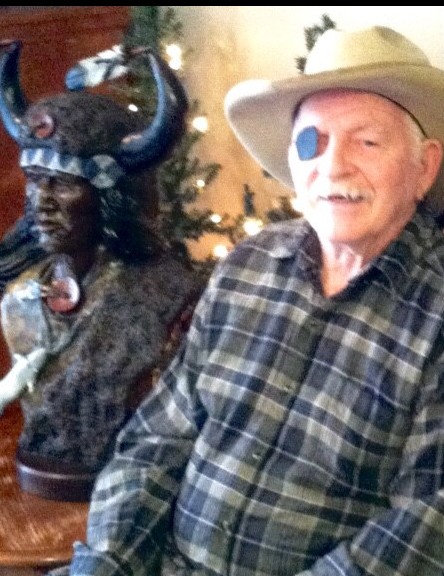 Patch Peterson, born Kent Milo Peterson to Milo Powell Peterson and LaVon Child Peterson on November 22,1939, in Ogden Utah, passed away September 29, 2019. In Sacramento California.  Patch was known for his Western wood,  bronze and pewter sculptures and his charismatic character.  His iconic eye patch, cowboy hat and plaid shirt, paired with easy conversation  and cowboy sayings, made him unforgettable.  Patch had deep respect for Native American culture and the wildlife of the Rocky Mountain west. Everywhere he went he waved or spoke to everyone, no matter whether stranger or friend.