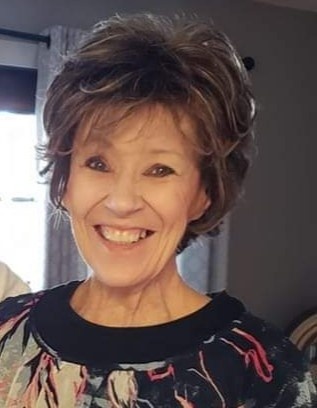 Our beloved sister, mother, grandmother and friend, passed away at the age of 68 on May 20, 2019, at her home in Nampa, Idaho. She bravely battled cancer for 8 months. She was  born May 13, 1951, in San Diego, California to Clifford & Donna Russell. She was the second of 5 daughters and is survived by Cathy Moriarty (Brian), Christy Reiser, Judy Spurlock and Corinne Atwood (Steve) as well as her half-sister Emily Wight. She is also survived by her sons Troy and Jeremy Cronquist (Jackie) and her grandchildren Tiffany, Taysha, Kylie and Cameron. She was proceeded in death by her parents.

She was known as Patty to her immediate family and Pat to her friends and colleagues. As a child she lived in San Diego, CA, Naples, Italy and Woodbridge, VA. Her father was in the Navy and was transferred to these places in his career. She lived in Hyrum, Smithfield and Logan, UT as a teenager and young adult. She attended Sky View High School in Smithfield. She was married to Kim Cronquist. They had two sons Troy and Jeremy. They later divorced. As an adult, she lived in Ogden and worked in the social services field. She moved to Salt Lake City and studied Culinary Arts at Salt Lake  Community College.

Five years ago, she moved to Nampa, Idaho so she could live near her son Jeremy, his wife Jackie and their two children Kylie and Cameron. Those five years were the happiest time of her life. She loved living close to them and being part of their activities. Her final job was with Direct Orthopedic Care in Nampa, Idaho. Our family would like to thank them for the love and support they gave her after they found out about her diagnosis.

The greatest loves of Patty's life were her two sons, her daughter in law Jackie and her grandchildren. Judy, our sister, cared for her during the last five weeks of her life. We would like to thank Jeremy, Jackie, Kylie, Cameron and Judy for helping Patty through those difficult final days and for the love and care they gave her.

We love you Patty. We are grateful you aren't in pain anymore and are with our parents.