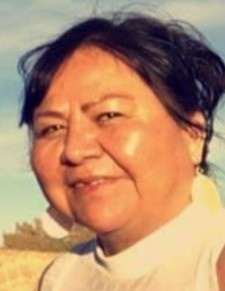 Paula attended Shiprock Rock, Polytechnical Institute for Data Entry.  She worked in customer service for major companies such as Winco and Wal-Mart.  She was also the Head Chef at Petrified Forest Tourist Center and the high school in Sanders.

She was preceded in death by Paul Shaw Sr, Jerry Jackson, Timothy Jackson, and Verwin Halona.