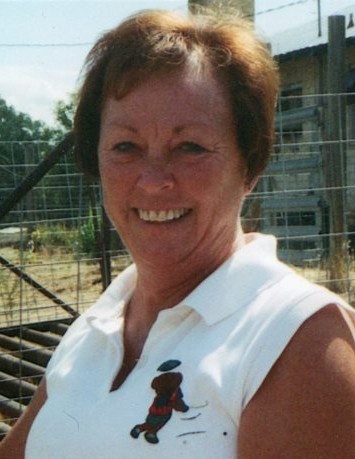 Peggy passed away with her husband by her side on August 8, 2020 at the age of 78, after a long and valiant battle with congestive heart failure (CHF) as well as numerous other medical conditions.

Peggy was born December 27, 1941 in Ogden, Utah, the daughter of Bryan Oscar Blanthorn and Afton Pasket Blanthorn; she was the second of six children. She was raised and attended school in Grouse Creek, Utah. Peggy often spoke of the old two room schoolhouse and how much fun she had there; riding to school on a horse or a bike was stylish. She loved growing up on a ranch, even the chores and hard work that came along with it. Peggy moved to Logan, Utah to get her high school education; after graduating from high school, she completed beauty school and began working as a beautician.

Peggy married Lynn Kay of Tremonton and out of this union came two sons Todd J. Kay and Wade B. Kay prior to divorcing in 1976. Peggy poured her heart and soul into others, especially her boys. She went to great lengths and sacrifice in order to provide for them and supported them in all their endeavors.

Peggy then met and married the love of her life and best friend John W. Hoffman on September 29, 1978, together they shared and raised their 5 children. Peggy and John loved to travel together, play golf, go camping, hunting, and fishing together. Peggy was the foundation of our family; her home was the hub where everyone gravitated to for family gatherings and holidays.

Peggy was well known and respected in the community where she owned a hair salon and served on the Tremonton City Planning Commission for several years. She enjoyed the many friendships she developed throughout her life.

The family of Peggy would like to extend their deep appreciation, love and respect for her Hospice nurse Bonnie Johnson; as well as the other members of the hospice team who helped make her last days peaceful and safe.

Due to Covid restrictions graveside service are by invitation only for immediate family and invited guests.

In lieu of flowers please donate to the American Diabetes Association or the charity of your choice.