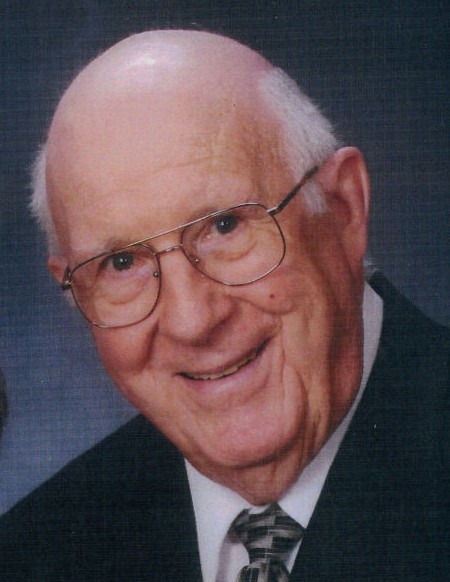 Ralph was born Nov. 8, 1923, in Elsinore, Utah to Henry John and Clara Ramsey Kotter. He graduated from South Sevier High School and attended Utah State Agricultural College in Logan, Utah. He served in the United States Air Force during WWII, after which he served an LDS mission in Southern California.

He married Mavis Morrison in the Manti LDS Temple on April 21, 1949. They lived in Elsinore, working on the family farm until 1956. He joined the Utah State Highway Patrol and moved to Tremonton, and has lived there ever since. He retired in 1984.

He served faithfully in many church callings. Ralph and Mavis served for 20 months in the England Coventry Mission. They also served 24 years as temple workers in the Logan LDS Temple. He served 22 of those years as a sealer and was able to seal many grandchildren and family members together for eternity.

He is survived by his eternal companion of nearly 67 years; his children: David (Jan), Dixie, Sally (Doug) and Richard (Denise); 13 grandchildren; 38 great-grandchildren; 2 sisters (Marilynn, Claire), and 1 brother (Gilman). He loved each one and was so very proud of his family.

He was preceded in death by his parents, 3 sisters; Evelyn, Madge, and Roma; and 3 brothers: Garth, Jim and Burke.

In lieu of flowers the family requests that donations be made to the LDS Missionary Fund or Humanitarian Fund in Ralphs honor.