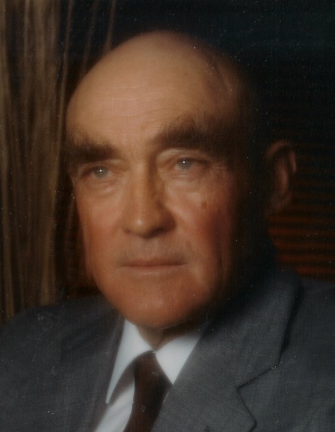 THE COWS ARE ALL FED

THE HAY’S IN THE BARN

DOWN ON THE FARM

Ray Carlos Hunsaker passed away on November 18, 2021. He was 94 years old. He was born at home on January 19, 1927 in Elwood, Utah. He was the second of six children born to Raymond Warner and Gladys Marie Hill Hunsaker. He grew up on the family farm learning at an early age the value of hard work by doing his part in raising crops, irrigating, milking cows and caring for the livestock. He graduated from Bear River High School in 1945. He attended the Agricultural College of Utah, now known as Utah State University, for three years. He was a member of the Sigma Nu Fraternity. Carlos was a pilot in the United States Air Force. In 1947 he met Evelyn “Babe” Walker, a cute little brunette from Ogden, Utah. They were married in 1949 in Las Vegas, Nevada and sealed in the Logan Temple in 1951. Carlos was a member of The Church of Jesus Christ of Latter-day Saints.

He worked with his father for many years. They had a beautiful herd of registered Jersey cows and ran Hunsaker Dairy in Elwood. He took great pride in farming, raising animals and caring for the land that was homesteaded by his great grandfather, Allen C Hunsaker, in 1887. He continued caring for the farm until the day he passed away. He loved the fact that he was able to celebrate Christmas, every year for 93 years, in the same house he was born and raised in. He had a great love for all of his family and was proud of his pioneer heritage. We will miss him telling his life stories and hearing him play the harmonica.

All services will be held at Rogers and Taylor Funeral Home (111 North 100 East Tremonton, Utah) on Friday November 26, 2021. A viewing will be held from 10:00-11:30 am with the service to follow at noon. The service will be livestreamed and may be accessed below.