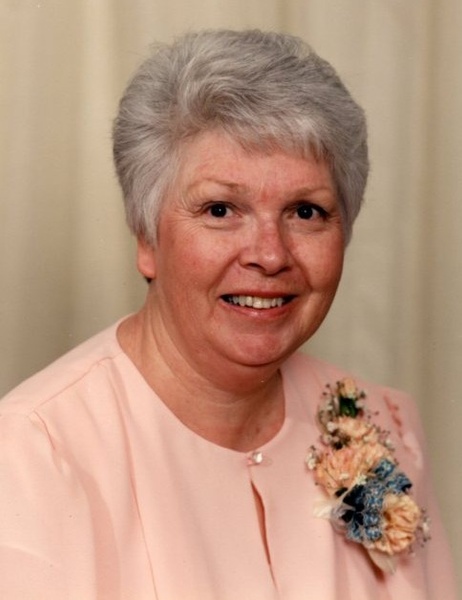 Ray Nell Cotton Cullimore passed away peacefully on Friday, September 22, 2017 at her long-time home in Tremonton of complications incident to age. She was born to Walter Dallas Cotton and Effie Beatrice Nichols on July 29, 1929 in Alabama. Ray Nell lived at her birthplace in Wing and then later in Mobile, Alabama during her formative years. She graduated from Murphy High School in Mobile and subsequently worked as a secretary at the Mobile Press-Register newspaper. She also served as a full-time missionary for the Church of Jesus Christ of Latter-day Saints in the Southern States Mission with assignments in South Carolina and Georgia.

She diligently studied the gospel. This focus led to a strong and deep spiritual conversion. At a young age, living and teaching the restored Gospel of Jesus Christ became the driving force in Ray Nell's life. Her tastes, expectations, hopes and pursuits were uncomplicated and she intentionally set her heart on the eternal promises made to those who patiently strive and endure.

Nell met Boyd Lee Cullimore, of Garland, Utah at a church activity in Biloxi, Mississippi where he was stationed in the US Air Force (Keesler AFB). Boyd liked to relate that after they met, "I chased her and chased her until she finally caught me." There were married on November 17, 1954 in the Salt Lake Temple. After his first post-college job in California, Boyd and Nell settled and raised their family in Tremonton. She lived 34 years a widow following Boyd's unexpected and untimely death in 1983.

In addition to serving in Church positions as those opportunities presented themselves… whether in Mobile, Logan, Los Angeles or Tremonton, throughout their marriage, Nell also strongly supported Boyd as he worked to magnify several ward and stake leadership callings. Over the decades, she made several dear friends in the neighborhood and wards through her service. Her favorite callings involved teaching and working with Primary-aged children. Ray Nell’s lifelong example of service and Christ-like love stand as a legacy for her posterity to follow.

The focus of Nell's life was her immediate and extended family relationships. Her mothering and homemaking skills were exceptional, and her love and devotion to her children and grandchildren provided strength and comfort to each and every member of the family. In an era when sending and receiving letters was the predominant social media of the day, Ray Nell was a skilled writer and faithful correspondent. She has left her posterity a great treasure of remembrances in her extensive correspondence - much of which has been preserved. She did her best to instill a love of learning in all of her children and grandchildren. As a widowed grandma, she spent many years babysitting grandkids Monday through Friday so that her adult children could finish school and launch their professional careers. Her dedicated effort in that service required a tender, enduring, sacrificial love. When any of her family were with her, we knew we were deeply loved and unconditionally accepted.

Ray Nell is survived by her sister Nina (Dick) Rogers of East Layton, her sister-in-law Dottie (Dorothy) Cotton of Mobile, AL and her brother and sister-in-law, Ralph & Joy Cullimore of St. George. She is also survived by all five of her children: Lary (Kari) of Provo (and of Duvall, WA for the previous 20 years), Linda of Tremonton, Alan (Margo) of South Ogden, Nolan (Bonnie) of North Logan, and Mark (Teri) of Gilbert, AZ. She adores each of her 15 grandchildren and derives particular joy from her nine great grandchildren.

She was preceded in death by her parents, her husband, Boyd, and her brother, Walter Doylton (Doc) Cotton as well as Doc’s first wife, Eloise. She also mourned the loss of a very young great-grandson, Tyler James Cullimore.

Her funeral will be held at 11:00 AM on Friday, September 29 at the Tremonton 2nd & 5th Ward LDS Chapel at 251 South Tremont Street. Friends and family members are invited to attend a viewing from 9:00 to 10:40 that morning in the Relief Society room. Interment will be in the Garland City Cemetery next to her husband. In lieu of flowers, please consider donating to the LDS Humanitarian Aid Fund for natural disaster relief.

The family wishes to extend special thanks for the attentive and professional care provided by Home Health Care and Hospice Nurses in her final days and last hours.