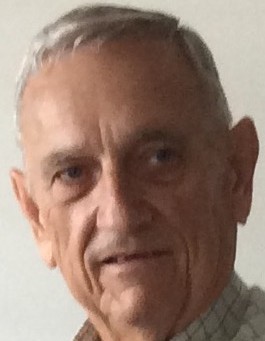 Dale attended and graduated from Roy High School and went on to serve in the US Navy on board the aircraft carrier USS Constellation for eighteen months, during the Vietnam War, and then as an air traffic controller at the Naval Air Station in Fallon, Nevada for two and a half years. He later graduated from Utah State University with a bachelor degree in Math Education.

Dale was employed as an electrical engineer, programming the on-board fire power computer for the F – 16 at Hill Air Force Base. He retired in 2009 after 24 years. F – 16 Block 30 has highly accurate bombing to which Dale heavily contributed. F – 16 pilots and co-workers valued his tenacious and articulate troubleshooting and designs. He was one of the first at Hill AFB to be awarded the title and position of “Subject Matter Expert”.

He spent many happy hours outside cultivating his vegetable garden. He also loved to travel and spent many hours on the open road with his family.

The family would like to thank Dr. Carl Gray and staff at Utah Hematology and Oncology for the skilled, compassionate care Dale received throughout his treatment.