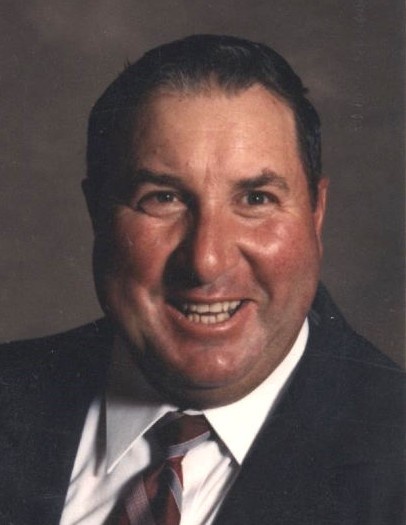 Our amazing dad and grandpa Reed C. Jensen passed away peacefully early Sunday morning, May 7, 2017 at the age of 87.  Reed was born February 27, 1930 to Ephraim Carl Jensen and Vesta Anderson Jensen in Bothwell, Utah.  He grew up on the Iowa String Road in Tremonton helping his dad on the farm and sheep ranch - learning life skills from working hard to playing harder.  The work he learned on the farm and ranch taught Dad the skills needed to become a great athlete and strong leader.  He played about every sport there was to play in high school and was voted outstanding athlete.  His senior year he was elected Student Body President at Bear River High where he was liked by all and a friend to everyone.

It was in high school that he met his true love, Pauline Michaelis.  They were married for time and all eternity in the Logan LDS Temple on November 3, 1948, and made their family home just down the road from where Reed grew up.  Together they raised their five children Allen, Annette, Jerry, Michelle, and Dale.  Their family life consisted of growing sugar beets, herding sheep from summer to winter pastures, hauling hay, and family time at the summer range.  Their home was filled with love, delicious food, and great story-telling.  Reed and Pauline supported their kids in many activities, especially those on the ball fields.

Reed was an active member of the Church of Jesus Christ of Latter-day Saints, and his testimony shined through his everyday life.  He served in many capacities through the years including bishop’s counselor, counselor in the Bear River Care Center Branch Presidency, high councilor and stake executive secretary, but especially enjoyed his time as Bishop of the Tremonton 3rd Ward.  His testimony of the Savior Jesus Christ was something Dad loved to share with those around him, especially his family.  Reed also enjoyed entertaining family and friends in many different ways.  At a young age he developed a talent for magic and became known locally for performing as a magician at any venue including church parties, schools, cub scouts, and nursing homes, and his shows were always free.  Later in life his love of poetry introduced him to the world of cowboy poetry and book publishing, but his most cherished poems were for his family.

After almost 52 years together, Pauline passed away on October 30, 2000 after a long battle with cancer.  Reed spent the next few months sad and lonely, having lost his companion and best friend.  The following spring he met Carolyn Kerr and they were married on June 30, 2001. Carolyn helped Reed find the spring in his step again, and they had many fun adventures together up until his passing.  We are so grateful to Carolyn and her family for their love and support of Dad.

We’d like to thank the great staff at Intermountain Home Care, especially Mavis Tolman and Shelby Bair, for their help and guidance during the final year of his life.  As a family we feel love and peace knowing that he too is at peace.