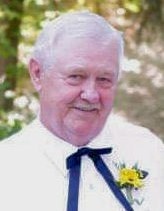 Elwood- Richard Marion Miller, 75, passed away on November 3, 2018 in Murray, Utah. He was born on June 26, 1943 in Tremonton, Utah to Erma Barbara Frank & Ole Marion Miller. Richard was raised in Elwood, Utah on the family farm. He attended and graduated from Bear River High School.

Richard had a passion for farming. He loved to spend time outdoors, especially on the ranch in Montana. He also worked for and retired from Staker Parsons as a truck driver.

His greatest joy was his family. He loved to spend time with his children and grandchildren. A great day for Richard was spent with his youngest grandchild, Lincoln on the farm. He took great pride in teaching him the farming way of life.

Richard is a member of The Church of Jesus Christ of Latter-day Saints.

He was preceded in death by his parents; siblings, Reed Miller, Colleen Hansen, and Barbara Miller.