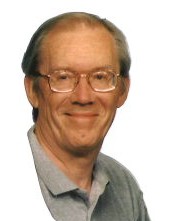 He was drafted into the military where he served in the US Army as a Quartermaster in Ft. Lee Virginia from 1951-53. He was also an Instructor and Cadre during the Korean War.

On May 16, 1951, Richard married the love of his life, Barbara Ann Webb in the Salt Lake Temple. To this union, five wonderful children were born: Laurie Sorensen, Stephen R. Warburton, Craig R. Warburton, Lynne Layton, and Christine Bowen. Richard and Barbara have also been blessed with 21 grandchildren and 21 great grandchildren.

Richard was highly educated, earning a bachelor’s degree in Business and a Master of Business Administration (MBA) from the University of Utah. His education led him to work at Structural Steel and Forge Company, Silver Steel Company and Campbell Manufacturing from 1954- 1969, Utah Department of Health and University of Utah from 1969-72 as the Coordinator of the Office of the Medical Examiner and Utah Auto Crash Research Team, and the Utah Department of Health as the Director of Emergency Medical Services from 1972 until his retirement in 1993.

His career allowed him to be very involved in the community. He led the development of the Utah Emergency Medical Services (EMS) System, During the years of 1972 to his retirement in 1993, as Director of the Bureau of EMS, Department of Health, in consultation, and with the participation of dedicated staff, numerous physicians, nurses, paramedics, Emergency Medical Technicians (EMTs), hospital administrators, and fire chiefs, he created one of the nation’s premier EMS Systems. The system included training, certification and licensing of providers at all levels including first responders, dispatchers, ground and air ambulance services, paramedic services and hospital trauma center designation. The system also provided, and continues to provide, substantial financial assistance to local pre-hospital services for EMS training and the purchase of needed equipment. The result of this joint effort is an EMS System which assures quality emergency medical care by an appropriate and qualified provider.

Richard was very artistically inclined in music and art. He especially loved to play the piano and produced many pieces of art in various mediums including, pastel, oil, acrylic, small clay sculptures and tile paintings.

Richard was preceded in death by his parents.