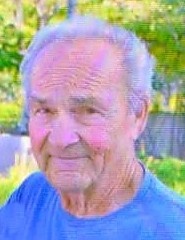 Rick Johns of Manila, Utah passed away on January 22, 2021 at his granddaughters’ home in Thatcher, Utah. Rick was born to Charles and Norlene Johns, on December 13, 1944 in Ogden, Utah. He married Diann Thornock Johns in Elko Nevada on July 1, 1967.

Rick attended Davis High and some years at Weber State University. He served in the US Army from 1962 – 1964. He worked at Hill field air force base, as a car salesman, and for Kenway Engineering.

Rick enjoyed fishing, hunting, building kit cars, working on all cars and most of all he loved spending time with his family.  He was a member of the VFW and American legion.

He is preceded in death by his Mother and Father, 2 sons Trent and Travis, and his brother Gary Hooper.

A Memorial service is to be announced in the spring in Manila, Utah.