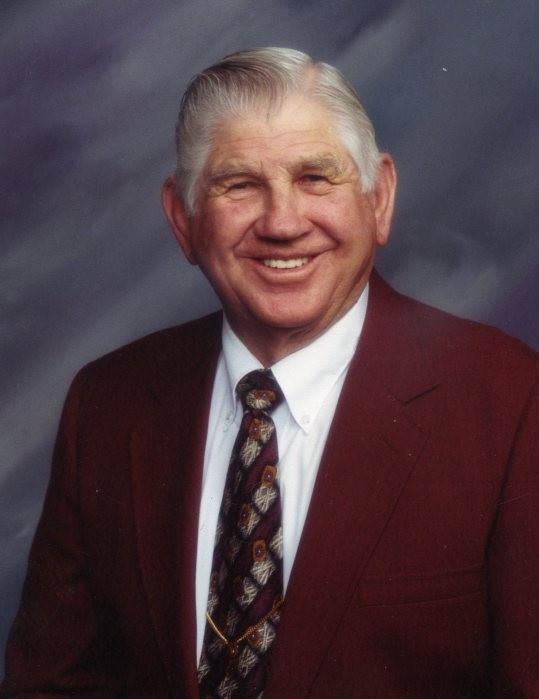 [Text Box: “Together Again”] He attended Bear River High School, where he participated in football, basketball, played the cello and was president of the Orchestra. He graduated in 1945. Robert married the love of his life, RaNae Welling on June 10, 1953 in the Logan, Utah LDS temple. He was a farmer, and sold produce in East Tremonton for many years, he worked at U&I Sugar and was a school bus driver for 33 years. He retired from Box Elder School district in 1998.

Robert was a member of the Church of Jesus Christ of Latter-Day Saints. Where he served in many callings throughout his life, including six missions. His testimony of the gospel was one of his greatest attributes.

He served in the U.S. Army. He was a leader in the community. Serving the 4-H for over 25 years, director of the beef livestock at the Box Elder County Fair, president of the Box Elder Canning Association and was honored by the Future Farmers many times.

His greatest crops raised were his family and posterity whom he loved and cherished above all things. He enjoyed dancing, writing poetry, and playing pinochle.

Daddy loved life and being with his family. Special thanks to Drew and Pauli Wilkerson for their kind care at the end of his life. Also, to the Bear River Valley Hospital staff for the kindness shown to his family and to Bristol Hospice for their loving hands.