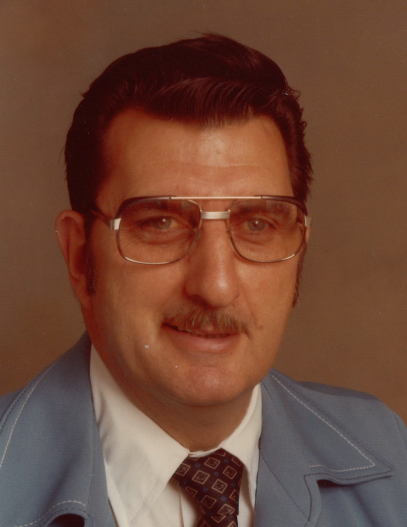 Robert Stanley Gordon, husband, father, grandfather, and great-grandfather, passed away in his home, with his loving wife of 59 years by his side, on August 18th, 2021. Robert was born in Red Bluff, California on the 9th of February, 1930, the 7th (and youngest) child of Sida Sedalia and Nella Mae Gordon.

From his earliest recollections, hard work was a way of life. The Great Depression took a heavy toll on his family, necessitating him to leave school early to help provide for his aging parents. As a young man he became a forestry firefighter in California, and over his ensuing lifetime, shared exciting stories of his time there, often with close calls. A brief stint as a mechanic made him formidable in the garage. Following his service as a firefighter, he joined the military and began what would become a 24-year career in three separate military branches (US Navy, US Air Force, and US Coast Guard). Robert’s most extensive service in a single branch, was in the US Coast Guard, where, as a member of SAR (Search and Rescue), he enjoyed avionics, but even more so the satisfaction of helping people. Initially joining the Navy, his service there resulted in him becoming a veteran of the Korean War.

While serving in the Air Force in Kansas City, Missouri, Robert met the love of his life, Daphene (née Strain), on a blind date, and charmed his way into her heart. They were married on April 1st 1962. After less than 2 years of marriage, Robert and Daphene were introduced to the Church of Jesus Christ of Latter- day Saints, embracing and then raising their family in the gospel. Robert and Daphene raised three children together: Stan Gordon (Tomoko) of Spring, Texas, Beth Ann Freeman (Lonnie)of Tremonton, and Heather Plowman (Doug) of North Logan. On March 13th, 1970, Robert, Daphene, and their three children were sealed as a family in the Idaho Falls temple.

Military life kept them on the move, experiencing new places, making new friends while settling in, but then having to leave it all behind periodically. Many of their dear friends were spread throughout the United states. At the age of 46, Robert felt the itch to retire from the military, and brought his family to Cache Valley, subsequently earning his bachelor’s degree in Industrial Arts and Drafting at Utah State University. His love of aviation technology while in the military, including highly classified work on the SR-71, led him to become an electronics educator at Logan High, and later Bridgerland Technical College, from where he later retired. A dedicated teacher, he loved watching his students learn and truly gain a genuine understanding of his favorite topic. His love for teaching was obvious by the amount of enthusiasm, and an uncharacteristic amount of patience, displayed in a teaching/learning environment.

When not at work, you would often find him reading or tinkering. Blessed with the ability to understand, sleuth-out, fix, and improve just about anything in our home, he passed this desire and passion on to his children. Robert’s nature included an inability to pass by someone stranded roadside without offering assistance.

Outside of family, Robert was also passionate about aviation and motorcycles (in his younger days this included motocross racing, and even a ride from northern California to Bogota, Columbia, and back, on his BMW).

He is survived by his wife Daphene, four children: Kathy Gordon of Toledo, Ohio, (from a previous marriage), Stan, Beth, and Heather, as well as 10 grandchildren, and 17 great-grandchildren. He was preceded in death by his parents, Sida and Nella Gordon, his sister (the eldest), and 5 elder brothers. Memorial services will be held at 1:00PM on Friday, August 27th, at the Rogers and Taylor Funeral Home, located at 111 N 100 E, in Tremonton, UT. There will be a viewing from 11:30- 12:30 prior to the services. Online condolences may be found at www.ruddfuneralhome.com under his obituary.