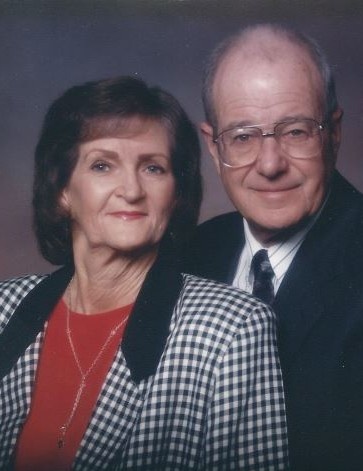 Bob (Robert Henry) Schramm Age 83, 1934 to 2017 Bob was born on January 8th 1934 in Milwaukee Wisconsin, son to Edwin Louis and Marion Celia Major Schramm. Bob married Janice Peterson on April 20, 1956 in Bellville IL and was sealed for time an all eternity on Sept. 22, 1961 in the Logan Utah LDS Temple. Bob died on February 16th 2017 from heart disease. In his early years, his family moved to Mar Vista California where he aspired to become a Priest until he discovered girls. At age 18 he joined the Air Force and became a radio communications specialist. While serving in northern Utah he met Jan on a blind date. They quickly fell in love and Bob was transferred to Belleville IL and Jan met him there where they were married with $10 in his pocket. 14 months later their first son, Phil was born in Bellville during a flood. Being in the military they were stationed in various areas from Maryland to Okinawa where Paula was born. In 1963 Bob left the Airforce and they bought their first home in Van Nuys, Calif. Bob became an insurance agent and learned to fly on his GI bill. They had two more children Shirl and Brian while living in CA and moving to their second home two blocks away. Bob and a couple of his friends started a flying club and purchased a few planes so they could enjoy their love of flying. Bob and Jan decided to move to Salt Lake City Utah in 1973 to be closer to Jan’s family. Bob was going to open an insurance practice on his own, but soon became an expert in ERISA retirement plan regulations. Over time he became a nationally known enrolled Actuary specializing in retirement planning. Bob started running in his late twenties and prided himself for running over 100 miles a month. He loved to fly and was an accomplished pilot earning numerous advanced licenses and always taking classes to improve his skills. Bob also enjoyed golf which he and Jan played with their children. Bob is survived by his 4 children, Phil (Debi) Schramm, Paula (Mike) Mower, Shirl Wilson-Call, and Brian (Jo) Schramm, 10 grandkids and 11 great-grand kids. He is also survived by his sister Judy Shields.  His parents, 2 brothers and wife preceded him in death. Funeral services will be held at the LDS Chapel at 3640 East Millstream Drive, (3510 S) Salt Lake City, Utah 84109. A viewing will start a 9:30 AM to 10:10 AM with the funeral starting at 10:30. Bob’s interment will be with his wife up in East Garland at 3PM. The family would like to thank the staff of Atria and Sunrise Assisted Living Centers and Inspiration Hospice for their service in caring for Bob the last 6 years.