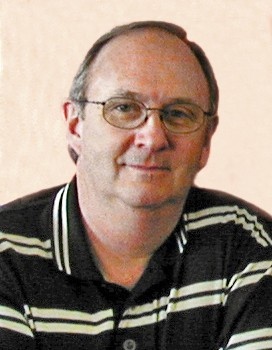 Robert Thaine Secrist was born 31 October 1946, in Brigham City, Utah, the son of Thaine S. Secrist and Gertrude Roberts Secrist.  They made their home in the small farming community of Collinston, Utah.  He was the little brother of Sonja and Marilyn, and the big brother of Susan.  He attended Bear River High School and graduated in the Class of 1964.  He loved to sing and was a member of the high school a capella choir.  He served an LDS mission in the Michigan, Great Lakes Mission.  After returning home from his mission he attended Utah State University and then served in the Marine Corps, where he spend much of his service time in Yuma, Arizona.  There he met and married Jaydene Robinson in the Mesa, Arizona, LDS temple in 1975.  They are the parents of Kenneth ((Becky), Jason (Bettina), and Marina (Casey) Desmond.  They lived in Yuma for many years, where Robert worked in banking.  He was a long-time member of the Rotary Club in Yuma, through which he sponsored many foreign exchange students who came to live at their home.  Later they moved to Heber, Arizona, where he and Jaydene built their dream home.  He was a temple worker for many years and served as a supervisor at the Snowflake, Arizona, LDS Temple, a position that gave him great joy.  His wife, Jaydene, passed away in June of 2018.  He loved hunting and fishing and in his retirement years took up woodworking, which he enjoyed very much.  He loved spending time with his children and grandchildren, who all live in the Phoenix area.  He passed away on February 11, 2020, in Phoenix, Arizona.  Burial will be at the Deweyville, Utah, Cemetery at a later date.  He is survived by his two sons, one daughter, nine grandchildren, and his three sisters, Sonja (Allan) Shelton, Marilyn (Paul) Pali, and Susan (Mike) Sakurai.  Funeral services will be held in Heber, Arizona, on February 29.   Messages of condolence can be sent to Robert’s children at kts_precisionpipelines@yahoo.com or to  www.ruddfuneralhome.com