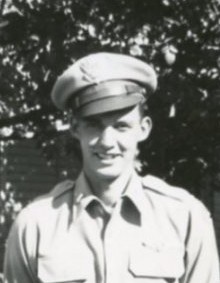 Robert (Bob) Waite Brandt passed away May 11, 2017 in Tremonton, Utah.  He was born in Caldwell, Idaho, to Jesse Waite and Helen Patterson Brandt on July 8, 1923.  He attended the University of Idaho and joined the Beta Theta Pi fraternity.

While at the U of I, he met Corine (Gay) Williams, and they were married on New Year’s Day in 1943.  Their marriage was later solemnized in the Manti LDS Temple.  Bob joined the Army Air Corps.  After World War II, he attended Boise Junior College and the University of Utah where he received his Juris Doctor degree in 1951.  In 1973, Bob and three other attorneys founded the Richards, Brandt, Miller, Nelson Law Firm in Salt Lake City.  In 1975, Bob was appointed a member of the Utah State Aeronautics Commission and later served as a chairman of that group.  Bob was a member of the Blue Goose International and The Geezers.

Interment will be at the Garland Cemetery.