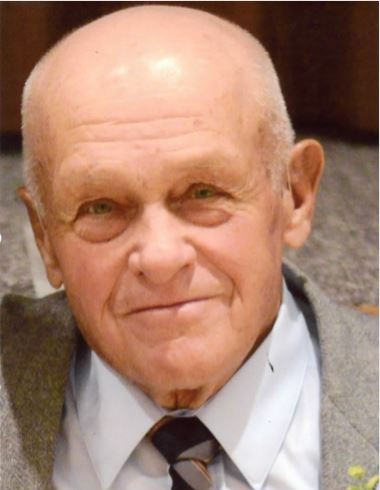 On August 19, 2018, we said goodbye to our beloved husband, father, grandfather and great-grandfather, Roger O. Oyler.  He passed peacefully surrounded by his loving family. He was born on June 24, 1939, in Tremonton, Utah to Leroy and Leah Rogers Oyler. He was raised in East Garland, Utah and lived there his entire life.

Roger worked at Thiokol/ATK in operations, engineering, and as a production supervisor for 43 years before retiring in 2001. Following retirement Roger attended Bridgerland Applied Technology College and earned a Small Engine Repair Certificate.

Roger enjoyed fishing, camping with his family, working on small engines, team roping, watching his grandkids play sports, working in his yard, farming and sipping on a Pepsi with his friends. He was a member of the Box Elder County Sheriff’s Mounted Posse for many years. He also served as a member of the Army National Guard where he continued to serve his community and country for eight years.

He is survived by his wife Rosie, children Bart, Jeff (Sharri), Kirk (Stefanie), and Lori (Shane), 13 grandchildren, and 8 great-granddaughters. He is also survived by one brother in-law, Leon Anderson. He was preceded in death by his parents, siblings, and infant daughter.

The family would like to thank the doctors and nurses who cared for Roger.