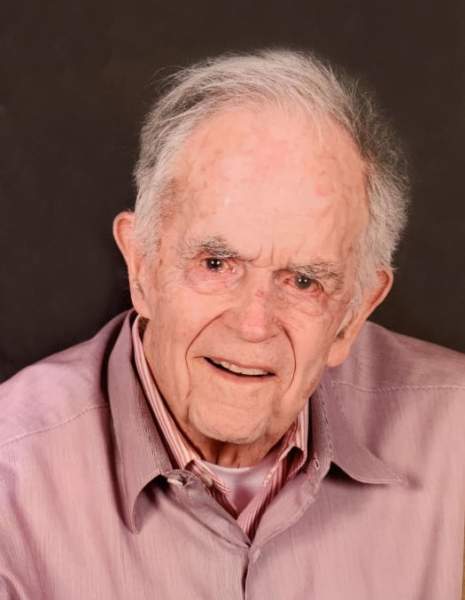 Roger Willard Cannon, Jr. passed away peacefully on Sunday November 18th, 2018.  He was 90 years old. He was born February 23, 1928 to Roger Sr. and Judith Keysor Cannon in Salt Lake City. When he was two, his family relocated to Los Angeles and that is where he lived for the next 78 years.  For the last ten years of his life he lived in Salt Lake City.

Roger attended University High School in Los Angeles, and graduated from UCLA with a degree in accounting. He was affiliated with the Sigma Alpha Epsilon fraternity. He enlisted in the Navy during WWII, and he served in the Army during the Korean War.  Roger met the love of his life, Elayne Okland, in 1953. They were married on January 28, 1954 in the Salt Lake Temple.

Roger worked for Price Waterhouse and then ultimately opened his own CPA firm with his late son, John, and his two grandsons. Roger was hard working and supportive. He was generous and kind.  He had a great sense of humor. He was always positive and optimistic. He was a true gentleman. He enjoyed running and loved mountain biking.  Roger was an active member of the Church of Jesus Christ of Latter-Day Saints in which he held many leadership positions.

Roger loved his family and friends and we will miss him dearly. We are grateful for his life, his example, and for our many memories of him.  Roger’s family is especially thankful for the tender care he received at the Parklane, Brookdale, The Christoffersen Salt Lake Veterans Home and Brighton Hospice.  We are also grateful for his special friend, the late Marilyn Choules.  He is preceded in death by his parents, his son John Cannon (Kathy), his wife Elayne, and his sister Carol McKibbin (Don). He is survived by his daughter Leslie Rudd (David), and his sister Barbara Moreton (Ed). He leaves 8 grandchildren and 15 great grandchildren.

Funeral services will be held on Monday, Nov. 26, 2018 at noon at the Federal Heights Ward Chapel (1270 Fairfax Rd.).  Family and friends may call that same day from 10:30 A.M to 11:30 A.M. to pay their respects and condolences.  Interment at Salt Lake City Cemetery. Roger’s family is deeply grateful for their dear father and grandfather.