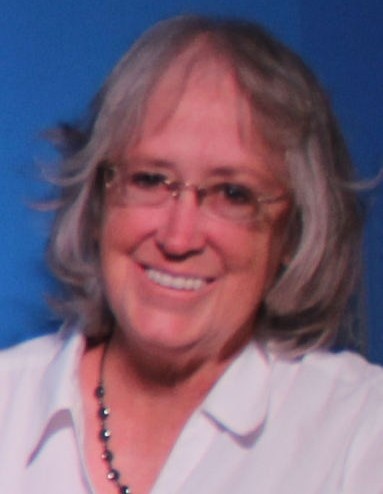 RoLayne Erekson Jensen, 64, passed into eternal life on May 8, 2016, Mother’s Day. She was born on March 20, 1952 to Vaughn Miller Erekson and Lucy Andrus in Murray, Utah. She was the fifth of 11 children born to her parents. She had three sisters and seven brothers. She was taught the Gospel by her loving parents in her early years.

She learned to work and get along with her siblings and had a happy childhood with her family. She worked at the family Erekson Dairy at the sales depot carrying heavy milk crates to customer’s cars.

After graduating from Murray High School in 1970, she then attended Utah State University in the fall of 1970. While there Allen Reo Jensen met her. He didn’t realize it but he had met the love of his life and most important person of his life. He often noted that it took him a long time to realize it. Later, she attended and graduated from Medical Assisting School in Salt Lake. She worked as a medical assistant in Fair Oaks, CA. Reo and RoLayne were sealed together for time and all eternity as forever soul mates by James E. Faust on June 14, 1974 in the Salt Lake LDS Temple.  They have been married for 42 years. She and her husband fit together as one. They were a perfect pair and everybody knew it.

She worked at the Bear River Valley Nursing Home for 16 years, the Bear River Valley Hospital, was a founder of the Sunflower Shop, She founded Village Dry Goods with three friends. She was the only one who stayed with it and made it a success. It now is one of the top quilt shops in Utah.

She was a faithful member of the Church of Jesus Christ of Latter-day Saints and had many callings including organist, Relief Society President, Young Women’s Presidency, Sunday School Teacher, Primary Chorister & Teacher and Ordinance Worker in the Brigham City Temple with her husband for two years. She loved Jesus Christ.  She lived an exemplary life and fought the good fight. Her husband looks forward to a joyous reunion when the time comes and they will never be parted again.

She was preceded in death by her parents Vaughn Miller & Lucy Andrus and brother Jerry.

In Lieu of flowers the family suggests that donations be made in RoLayne Jensen’s name at Members First Credit Union.