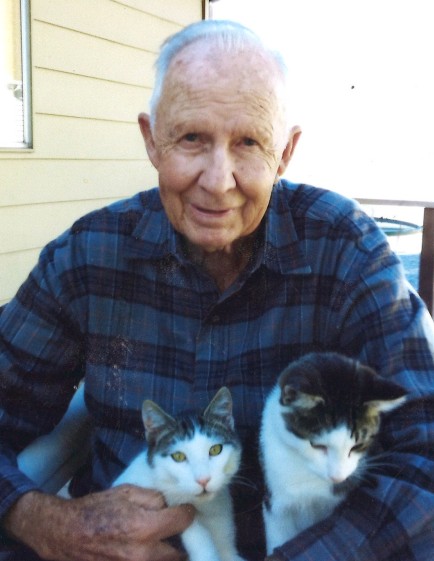 Ronald John Davis was born March 20, 1935 in Garland, Utah to Oliver C. Davis and Hannah W. Davis. He died at the age of 86 at home February 16, 2022. He graduated from Bear River High School in 1953. He married Karen Hawes on March 16, 1956. They were later divorced. He married Carol Ann Kesler on March 9, 1972 in Lethbridge, Alberta Canada. This marriage was later solemnized in the Logan LDS Temple on April 21, 1984. He was a farmer, he loved the soil and loved to farm. He retired from farming in 2017 at the age of 82. He had worked for the Utah/Idaho Sugar Company, The Box Elder County Road department and the Thiokol Corporation (now Northrop Grumman) for 32 years. During his last 10 years at Thiokol he received three Employee Performance Achievement awards and one Superior Employee Performance award.

He retired from Thiokol in 1990 as a Sr. Material Analyst. He served six years in the Utah National Guard from 1952 to 1958. He served on the Board of Directors for the Riverside North Garland Water Company for four years. He graduated from the Dale Carnegie Courses in 1962 in Effective Speaking, Leadership Training and Human Relations. His hobbies were fishing and raising Rainbow Trout in the two fishing ponds on his farm, snowmobiling and working in his shop. He was a member of The Church of Jesus Christ of Latter-day Saints. Survivors are his wife Carol of Garland, UT, sons Terry R. Davis, Smithfield, UT, Gary L. Davis (Jessika) Garland, UT, Daughters Cathy (Joel) Newman, Bothwell, UT, Sherrie Ann Bates, South Ogden, UT. 10 Grandchildren and 13 Great Grandchildren. He was preceded in death by his parents Oliver and Hannah Davis, two sisters Donna Hull and Ruby Simms, one son Dr. Darren Davis, his father and mother-in-law Lorence and Audrey Kesler and son-in-law Warren Bates.

Burial will be at the Garland Cemetery. A special thanks to Rocky Mountain Health Care and Hospice and to all of his friends at JC’s, who made his mornings memorable.