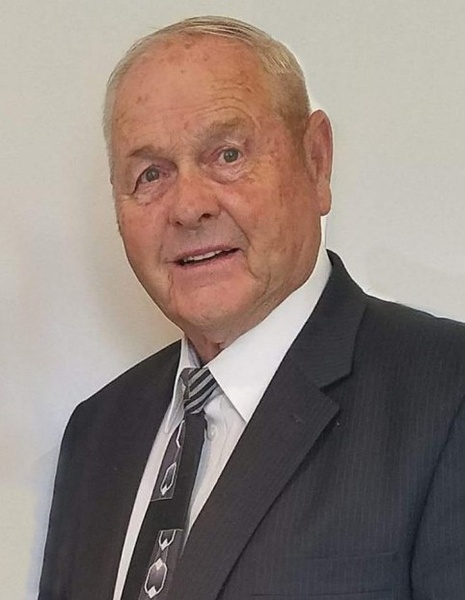 Garland- Ronald Lorus King, 84, revered husband, father, grandfather, and great-grandfather, passed away on January 20, 2021 surrounded by his family at his home in Garland, Utah. He was born on September 22, 1936 in Tremonton, Utah to Lorus Olin King & Marion Stallings King. Ron was raised in Garland on the family farm. He attended and graduated from Bear River High School in 1954. He later attended Utah State University where he graduated in 1969 with a bachelor’s degree in history.

Ron married Shanna Summers on September 3, 1959 in the Salt Lake LDS temple Together they raised 4 children, Kathy, Ryan, Kami, and Brandt, in Tremonton, and later divorced. He then married Sharon Cornwall on October 2, 1992 in the

Ron served a mission for the Church of Jesus Christ of Latter-Day Saints in the Northern California mission. He was a High Priest in the Garland 1st Ward. He served faithfully as counselor in the Tremonton 1st Ward bishopric, was a gifted Sunday School teacher at a local assisted living facility, and also held many other callings. He loved to study the gospel and was an exceptional public speaker and teacher of the gospel. He loved his Heavenly Father and Savior, Jesus Christ, and was always eager to serve Them and his fellow man in any way possible.

Ron adored farming since he was a child and continued to work on the farm in Garland and also in Blue Creek until recent health issues caused him to retire in his 80s. He started and ran a custom harvesting operation. He loved to fly and obtained his pilot’s license in 1966. He served for 8 years in the National Guard, was President of the Utah Weed Control Association from 1987-1988, and was also a member and employee of the National Farmer’s Organization. In his younger years, he loved to hunt and snowmobile, and always loved to vacation with family and especially with his sweetheart, many times surprising her with spontaneous, exciting, and exotic trips any time he could. Ron was a master craftsman at building rifles.

Ron is dearly loved and admired, and his kind, caring presence will be greatly missed.

Special thanks to Rocky Mountain Hospice, especially Heidi May, RN, and Teagan Beecher, CNA, for their compassion and attention to detail in caring for Ron.