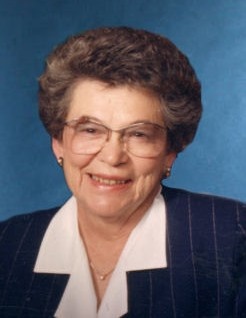 Rose Eloise Pugsley Palmer Goodliffe passed away peacefully on October 17, 2017, in Brigham City, Utah, after living life to the fullest for 94 years. She began her journey March 5, 1923, in Salt Lake City, Utah, joining a loving home consisting of her parents Philip Roy and Louise Kunzler, and seven older siblings. Her sister Bonnie joined the family six years later, and is her only surviving sibling. Raised on the family ranch in Rosette, Utah, with no running water or indoor plumbing, Eloise learned the importance of hard work, thriftiness, and family.

While growing up, Eloise liked doing outside work more than housework, and her favorite job was being the Derrick Boy. She started riding horses when she was two years old, and continued until she left Rosette. She attended a one-room school in Rosette for 1st and 2nd grades, then attended Park Valley School through the 10th grade, graduating from Bear River High School. Then attended Utah state for 2 years.

Eloise married Stanley Reed Palmer on June 3, 1942, in the Salt Lake LDS Temple. They started out their lives together in Park Valley, until they founded Palmer’s Jewelry in Tremonton, Utah. Eloise and Reed had seven children. They enjoyed golfing together, and along with their friends they were the founding members of the Skyway Golf Course in Tremonton in the early 1960s. Eloise was an excellent golfer, winning the ladies club championship five times. She golfed until she was 92 years old.

Reed passed away in 1971, and Eloise finished raising their children as a single mom.

Eloise met Charles Goodliffe while golfing, and they were married June 21, 1982. They shared 30 wonderful years together before he passed away in 2012.

Mother’s greatest joy was having her family together at Christmas parties, Thanksgivings, and Easter picnics. She was a loving mother who always put her children first and sacrificed to ensure they were able to enjoy various activities. She taught her children the value of hard work and how to enjoy life no matter what came their way.

As a member of The Church of Jesus Christ of Latter-day Saints, she served in many callings including as a temple worker in the Logan Temple and as a missionary in the Nauvoo, Illinois, at the LDS Church history site.

Eloise loved to travel and loved to go camping. She traveled with her parents to Yellowstone National Park as a child, and continued to go every year with her family.  Eloise loved to be around her grandchildren and enjoyed visits with them; she also enjoyed spending time with her siblings who were among her best friends. Her sense of humor and strong will allowed her to overcome many of the challenges she faced in her lifetime. Mom loved to read.

She was a member of the Daughters of the Utah Pioneers, the Tremonton Civic Club, served as PTA President and Skyway Club ladies president.

Eloise was preceded in death by her parents; her Husbands, Reed Palmer & Charlie Goodliffe; one son, Bradley Palmer; a son-in-law, Shawn Anderson.  Her siblings Evelyn, Edna, Philip, Jay, Klea, Rex and Richard. These and many friends made a joyous reunion for Eloise.

Eloise loved the Goodliffe family Rod and Susan Goodliffe, Don and Lenora Goodliffe and Reid and Jane Goodliffe. She was loved and known as Grandma Eloise by Charlie’s, eight grandchildren and 15 great-grandchildren.

The family wishes to extend a special thanks to the caring staff at The Gables.

In lieu of flowers, the family suggests that donations be made to the Daughters of Utah Pioneers.