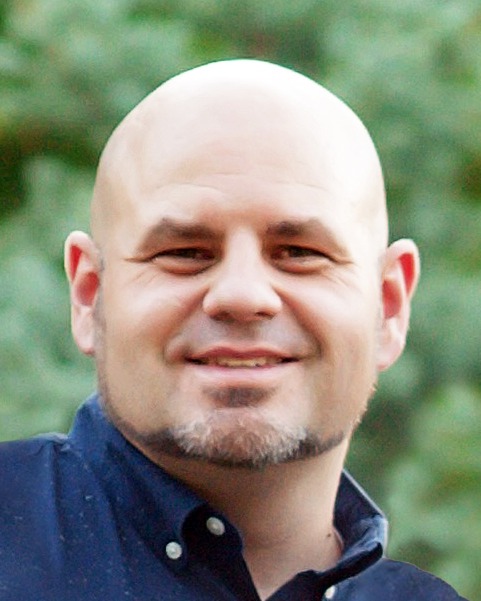 Ryan Grant Welling, 43, passed away peacefully at his home in Hyrum, Utah on November 15, 2022, after a two-year battle with colon cancer.

Ryan was born on January 12, 1979, in Brigham City, Utah, to LeRoy Gale and Anne Nicholas Welling of Fielding, Utah. He was the second youngest of six children. Ryan graduated from Bear River High School in 1997 as a student body officer. He attended Ricks College for a semester and then chose to serve a mission for The Church of Jesus Christ of Latter-day Saints to Hartford, Connecticut from January 1998 – December 1999. Upon returning from his mission, Ryan enrolled at Utah State University and began his career working at Walmart in North Logan, Utah.

In the singles ward at USU, Ryan met and soon married the love of his life, Tiffanie Gunnell, in the Logan LDS Temple on October 20, 2000. They are the proud parents of eight children: Kamron, Jaxon, Calista, Easton, Quade, Declan, Bronx, and Nash.

Ryan loved working at Walmart and moved up through the ranks, starting as an hourly associate and quickly becoming an assistant manager. His work moved him from Logan to Idaho Falls, Pocatello, Ammon, and Meridian, Idaho. His most current position was as the assistant manager at Walmart in South Logan, Utah.

Ryan loved everyone, had a positive impact on those he met, and was a true friend to all who knew him. He could quote just about any movie, knew the words to most songs, and loved to play games and have a good laugh with his friends and family. Ryan gave the best hugs. He was an avid BYU sports fan, watching and attending games throughout each season. Recently, Ryan finished collecting license plates from all 50 states. He also loved woodworking, assisting with and attending family reunions, and traveling with Tiffanie.

Ryan is survived by his wife Tiffanie, their eight children, his parents, and his siblings LeAnne Woods (David), Michele Kingsford (Kenny), Aaron Welling (Kimberly), Megan Ricord (Clint), and Gavin Welling (Kara). He is preceded in death by his grandparents Grant and Muriel Nicholas and Gale and Rhoda Welling.

In lieu of flowers, a donation account has been established at Wells Fargo Bank under the name of Ryan or Tiffanie Welling.

At this time, the family would like to extend their heartfelt gratitude to Ryan’s Walmart family and to all those who have blessed, served, and comforted their family so diligently over the past two years. A special thank you is also extended to the doctors and nurses at Intermountain Homecare and Hospice for taking such good care of Ryan in his final days. They would also like to thank the Springs Hollow Ward, Hyrum 17th Ward, and Hyrum 19th Ward for providing the family meal and other compassionate service.