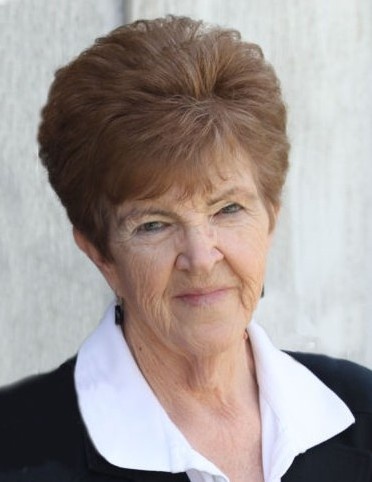 Sharon Pierson Evans, age 81, of Plymouth, Utah, passed away peacefully surrounded by her family, Friday, August 13th, 2021. Sharon was born in Plymouth, Utah to George Earl Pierson and Melba Grace Rudd on November 4th, 1939. She graduated from Bear River High School in 1958. She then moved to Malad, Idaho, and soon thereafter married Melvin Jones Evans on May 10th, 1963. The marriage was later solemnized in the Logan Temple in 2011. They lived in Malad until 1965, when they moved to Ketchum, Idaho. Sharon loved living in Ketchum and raising her four children there. While living in Ketchum, Sharon played an integral role in assisting Mel with the office and bookkeeping duties of the plumbing company he started in 1975. She continued working in this role until her retirement. In 2012, she moved back to Plymouth where she spent four years with Mel until he passed away in 2016. She continued living there until her passing. Sharon greatly enjoyed playing card games with Mel and her family and loved keeping her mind sharp with crossword puzzles. She was an incredible musician and delighted in playing hymns on the piano and organ. Sharon was a faithful member of the Plymouth Ward of The Church of Jesus Christ of Latter-day Saints, and deeply loved serving in her various callings. Before Mel passed, he and Sharon served as service missionaries at the Institute for Special Needs in Tremonton. Serving in that calling brought her great joy.

Sharon is preceded in death by her parents, Earl and Grace and her husband, Mel.