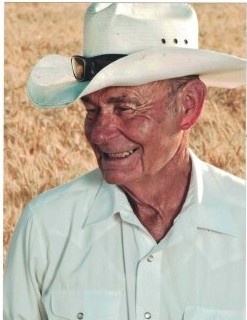 Shelton was the oldest son of Joseph Arthur and Lenora Cutler George. He married Pamala Ballard their marriage was later solemnized in the Logan Temple. He attended school in Bear River City, McKinley, Bear River high school, and He attended Utah State. He played in the band, was an FFA officer and state FFA officer. He enjoyed cutter racing in Magna and was Part of the Bear River Valley Cutter association. He worked for Jay Dee Harris at the service station, he serviced cars at Hercules in Magna and at ATK in Promontory. He started farming raising hay, grain, sugar beets and corn. He also raised and took care of cattle and horses.

Thanks to doctors Beard and Arango and their staff, for all of their care and support. To Primrose hospice with special thanks to Monty. And thank you to Rudd Funeral Home for assisting in the care.