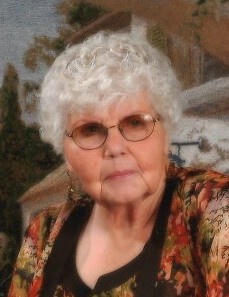 Sheryl Buxton Bair, age 83, passed away peacefully into the arms of her loved ones on the other side on February 4, 2022, in Logan, Utah. She was born April 3, 1938 in Tremonton, Utah to Donald Harold and Wanda Bronson Buxton. When she was six months old her mother passed away and she was raised by her Grandmother Buxton until she was three years old, when her dad married Elsie Scholer Larsen. She then gained a sister, Ardith and brother, Otis. She was raised in Tremonton and Elwood, and graduated from Bear River High School.

Sheryl was a member of The Church of Jesus Christ of Latter-day Saints, and enjoy serving others in any way she could, even though it was hard for her the last several years.

After high school, she worked in the Tremonton school cafeteria for several years, at Carl and Don’s for a number of years, and then finished her working career at Thiokol’s cafeteria as a supervisor.  While at Thiokol, she was dearly loved, and given the name “Grandma” by her coworkers, even the ones that were older than her.  While at Thiokol she met the love of her life, Denzel “Den” Henry Bair. On August 18, 1978, they were married in Tremonton, Utah.  She became the stepmom of three grown children, one of whom became very close to her and made sure she was always taken care of. After her and Den were married, he taught her the love of camping and traveling. She loved to do both, and was able to travel to many different countries in her lifetime. She spent many winters in Mulege, Mexico, which became a second home for many years.

She never had any children of her own, but she had a very good friend, Coral Lee Prickett, who became like a daughter to Sheryl. They had many grand adventures together. Coral Lee’s children became Sheryl’s grandchildren, and she looked forward to their visits.  Her great grandchildren were the highlight of her life, and she was so proud of each of them.  She was also close to her nephews and nieces, and loved them very much.

Besides traveling and camping, she was enjoyed bead making and crocheting. She made beaded jewelry and angels for Christmas trees. She crocheted countless scrubbies and dishcloths. She enjoyed painting, and took a painting class to improve her skill. She belonged to the Women’s Civic League and Daughters of the Utah Pioneers.

Special Thanks to Karen Moyes, Eldene Moss, Doug and Barbara Kearl, Mark and Sandra Thompson, Larry and Sandra Dilly, Collette Anderson, Brent and Jodi Pedersen, and all the other sister in the Fairview 1st Ward that gave their time and love to help Sheryl when she needed it.