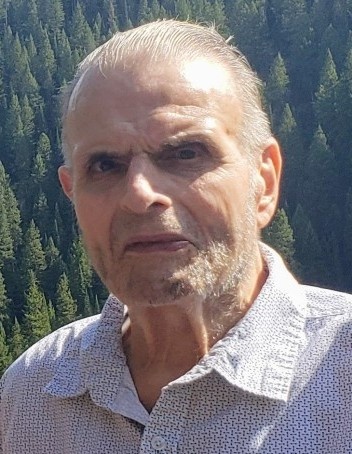 Stephen was the third of four children born to Loyal Green and Martha Louise Lemon Harris on July 31, 1939, in Malad, Idaho. He was the only boy and adored his sisters. He loved living in Portage and never wanted to live anywhere else. He lived the majority of his life in the town he loved so much. Stephen graduated from Bear River High School and served a mission for the Church of Jesus Christ of Latter-day Saints in Germany.

He served in the United States Army, where he worked with artillery and was a sharp shooter. He was honorably discharged in July 1962.

He owned and spent his days working at Harris Machine and Welding, a business started by his father, Loyal Green Harris, in Portage.  He loved talking with and helping the farmers and those who needed his services. He was known for being able to repair things no one else could fix.  His motto was, "There is no job too great or too small.”  He married Diana Bessinger in the Logan LDS Temple in 1967. They were blessed with six children. His children were the love of his life, and he was grateful for their unconditional love and support, especially in his later years.

He was preceded in death by his parents; his wife, Diana; his son, Shane; and his sister, Kathleen.

He was buried next to his eternal sweetheart in the Portage cemetery on November 9, 2020.