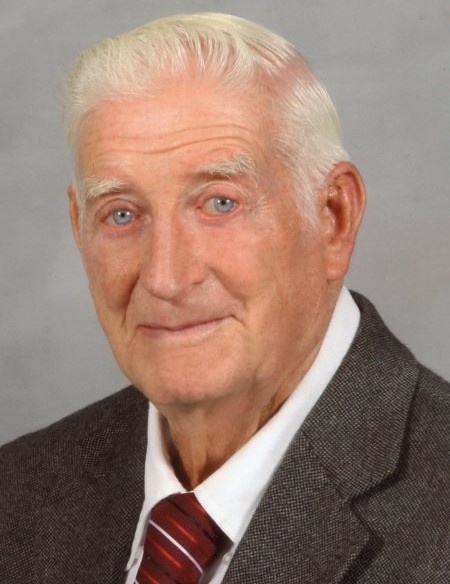 Tremonton- Sylven Ernest Haltiner, 94, passed away on December 22, 2018 in Petersboro, Utah. He was born on February 10, 1924 in Logan, Utah to Ernest & Emma (Hollenweger) Haltiner. Sylven was raised in Logan, where he attended and graduated from Logan High School. He married Coila Baird Carver on October 2, 1948 in the Salt Lake Temple. she passed away on April 27, 2002.

Sylven bought Korth Floral in Tremonton and changed the name to Flowerlane Floral & Garden and The Tiny Tot Shop. He built a new store and it was the family business from 1951- 2016. He never really retired but was forced to quit working when he fell in 2016.

He served in the Air Force branch of the Armed Forces during World War II. He was also a member of the Tremonton Fire Department for over 50 years. He had received many awards including the Andy Rytting Service Award, an award from Rupp Snowmobiles for snowmobile sales, and many awards for racing snowmobiles.

He was preceded in death by his wife, Coila Baird Carver and sons-in-law, Ronnie C Steed and William (Bill) Bray.

Funeral services for Sylven will be held at Noon on Saturday, December 29, 2018 in the Tremonton 2nd/5th Ward Chapel (251 S. Tremont St.). A viewing will be held prior to the service from 10- 11:30 a.m. Interment in the Deweyville Cemetery.