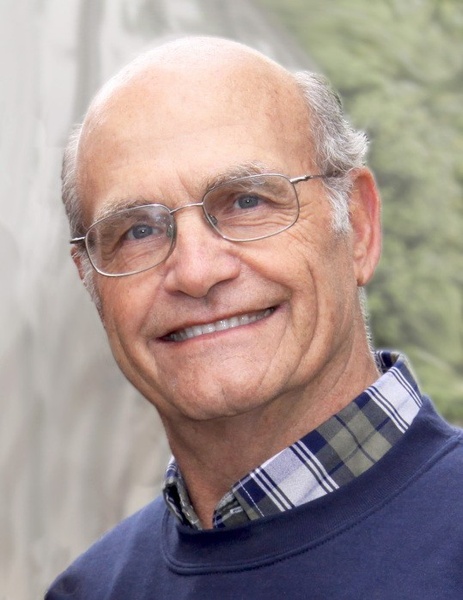 Ted J Alsop passed from this life on March 12, 2017 from a stroke. He was born on March 30, 1946 in Murray, Utah, the second son of Rodney and Madge Alsop. He lived most of his young life in Salt Lake City where he graduated from Granite High School and served an LDS mission in the Republic of South Africa.  After two years of college, he volunteered for service in the Army which included one year in Vietnam where he did Morse code in the signaling operations.  On completion of basic training, he was selected as the outstanding trainee for his cycle and was decorated with the prestigious American Spirit of Honor Medal. After earning two degrees from the University of Utah and a doctorate degree from Oregon State University, he embarked on his professional career by completing a post-doctorate fellowship at the University of North Dakota.  Before coming to Utah State University, his first tenure-track appointment occurred at Indiana State University where he professed for two years.  As a university professor, he found great pleasure in discovering, writing about, and publishing new knowledge, but his deep love was rooted in educating the university student.  During his 25 years at USU, he was the recipient of numerous teaching and advising awards including the celebrated Utah Carnegie Professor of the Year in 1996.  After his retirement in 2009, he continued to teach night classes at the USU extension in Brigham City.

He was a faithful member of the LDS church with many callings throughout the years, such as serving in the bishopric, scouting, church sports, YSA high councilman, and was in the High Priests Leadership in the newly formed Springs Hollow Ward at his passing.

He is most remembered for his positive outlook, always sharing a good joke or two.  He was highly involved in sports including soccer and Jr. Jazz basketball in Cache Valley as a referee and coach.  His service at the university, in the community, and the church earned him the Distinguished Eagle Scout Award presented by the Boy Scouts of America in 2010.  He thoroughly enjoyed interacting with others and shared what he knew with them ad nauseum. (he wrote that)  He enjoyed bowling, golfing with friends, speaking Africaans, cards and recently side-by-side trail rides in the red sands of St. George with his wife and friends.

He married Linda Ann Gleave in 1972 and had three children. They were later divorced.  He married Glori Welling Holmgren in 2006 adding five children to his close family.

He was proud to be an organ donor and has blessed the lives of others with his generosity.  We’d like to thank the many friends and ward members who have helped with love and support in any way, and the Springs Hollow Relief Society for their service.