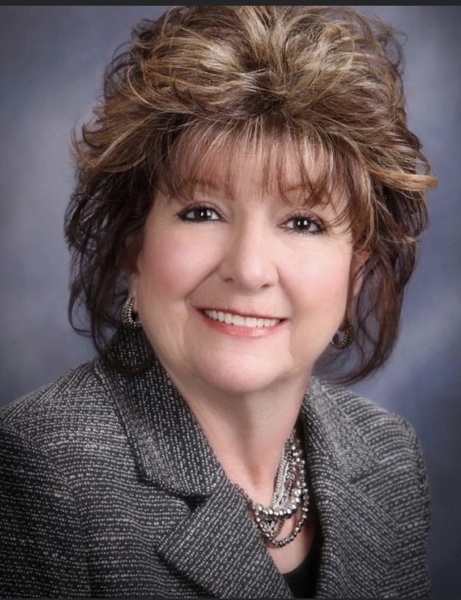 Rebecca Pantos Bronson passed away at home on December 17th 2021 surround by family after a courageous and valiant 43 year fight with cancer.  Just like with everything in life she did it with style and with grace. She came into this world born to George Andrew and Delores Ruddy Pantos on February 17th 1952 in Salt Lake City.  She was Grandma’s 4th and Grandpa’s 1st and boy was he proud of his little girl.  Mom spent her younger years in Salt Lake graduating from Granger High School in 1970.  That was the year that she met the love of her life William Bronson cruising State Street.  Dad had just gotten out of the Army and decided to go on a cruise and met mom.  They were married on December 11th 1970, she was able to hold on long enough to make it for their 51st wedding anniversary.

Mom held and did several things in her amazing life.  She was bookkeeper for several years, she worked retail, was a realtor and then she decided to be a store owner at the same time.  She was the owner of 3 convenience stores, 1 in fielding, 1 in Park City and the Famous Plymouth Service.  Her last job she held was working at Riverside Corner with her friend Kim Walker all while battling terminal cancer, what a fighter she was.  Also during those years she was also the mayor of Plymouth for a time.  Mom was one that if you could sale something she would try it, she sold everything under the sun from Tupperware to Jewelry to freeze dried food, you name it she has sold it.   Mom was something special and was a friend to everyone, she is going to be immensely missed by all who knew and loved her.  Cancer may have won this fight, but it isn’t going to win the war!!

Mom is survived by her greatest and proudest achievements, her husband William Bronson, her children Brandon (Sherry) Bronson, Tremonton, Elizabeth Bronson, Tremonton, and Jonathon (Candice) Bronson, Tremonton.  Her amazing grandchildren Hayden (Preslee), Sarah, Brian, Sabrina, Kinzy, Keyton and Kayson, Her great-grandchildren Ruger, Rokzyn, and Ryat.  She is also survived by her Big Brother Tony (Carol) Ventura, Salt Lake, and sisters Joan (Zish) McDaniels, New Jersey, Georgia Kline, Montana and many nieces and nephews   She is proceeded in death by her parents, her sister DaNise Barney and her little Brother Mark Pantos whom she has waited over 50 years to see again.

Thank you mom for being you and for being such a loving and caring person.  Thank you for teaching us all how to love and care for other people.  You are going to be missed each and every day, you have left a void that is never going to be filled.  We love you mom!!

We would like to thank the staff of the Huntsman Cancer Institute, Bear River Valley Hospital, Dr. Werner, IHC Home Health & Hospice her favorites Gatlin, Shelby, Kylie, and Bonnie.  Most of all we would like to thank Candice, Elizabeth and Sherry for their care and trips to the hospital.  At moms request there will be no formal services.

A Celebration of Life will be held on Saturday January 22, 2022 at Rogers and Taylor Funeral Home (111 N 100 E Tremonton, UT) at 11 am. The Celebration will be livestreamed below.