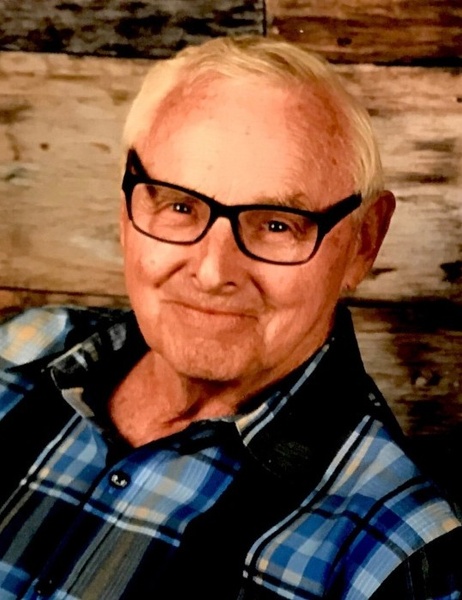 On July 30, 2018, we said goodbye to our beloved husband, father, grandfather and great grandfather, Gene Ogle. Gene was born in Grand Junction, Colorado to Marjorie Inez Hagner and Vassar Thornton Ogle. He attended schools in Grand Junction until the family moved to Idaho Falls where he graduated from high school.

Gene worked for UDOT for many years and retired in 1997 after his wife, Peggy, passed away. In 2000 he married DeeAnn Davis Flack and they made their home in Perry, Utah and were snowbirds in Santa Clara, Utah. Gene and DeeAnn were always together and spent a lot of their time supporting Snow Canyon High School athletics. They rarely missed a basketball, baseball, or softball game. They became very close with the students and their parents. Gene especially loved the girls on the basketball and softball teams. They were honored to be inducted into the Snow Canyon Hall of Fame.

Gene loved his fishing and hunting. He especially loved fishing for steelhead on the Salmon River and spending time at their cabin in Island Park.

He had been a member of the Tremonton JayCees and the Corinne Masonic Lodge #5 where he was honored to serve two terms as Worshipful Master.

Gene touched many lives and will be remembered for his friendliness and sense of humor. He was especially loved by his many grandchildren, great grandchildren, nieces and nephews. He was famous for his hugs.

He is survived by his wife, his sister, Pat Hodson, his five daughters, stepdaughter Amy (Jay) Hiatt, 17 grandchildren and many great grandchildren. He was preceded in death by his parents, his brother and three sisters.

Gene, we will always love you and treasure the many memories we have of you.

There will be a celebration of life for Gene in Tremonton UT.   on Saturday Aug 4, 2018 at Rogers and Taylor funeral home at 5:00 PM followed by a visitation from 6-7 PM.  A gathering at the Library Park where friends and relatives can visit and share memories of Gene will follow the visitation.