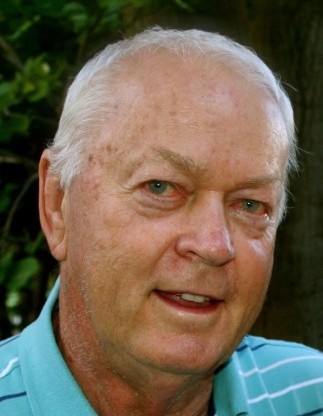 Vaughn W Rhodes passed away peacefully Sunday morning in a Mesa, AZ care center after a long struggle with Parkinson’s disease. He has finally graduated (with honors) from the school of hard knocks, earning his doctorate in courage, humility and grace. He spent his final hours with his family and extraordinary hospice staff that gently made space for him to finish his journey.

Truly a man in whom there was no guile, Vaughn’s steady and humble nature blessed the lives of everyone he encountered for nearly 80 years. He lived simply and honestly holding nothing back in his selfless service to family, friends, neighbors and strangers alike. He was a hard working practitioner, not merely a preacher, and was fond of picking up hitchhikers and sharing meals with hungry strangers. Vaughn never had a conversation with anyone, ever, in which he did not find something they both had in common. Driven by an optimistic spirit, Vaughn was a serial entrepreneur, launching many ventures and practicing many occupations including farmer, salesman, and shopkeeper. His life’s calling however was helping and supporting others. He cherished so many roles in life, especially son, brother, husband, father, friend, uncle, grandfather, great-grandfather, neighbor, outdoorsman, faithful Latter Day Saint, disciple of Christ.

Born January 31, 1938 to Laura Pearl (Moss) Rhodes and Ursel Clifton Rhodes in Garland, UT Vaughn was raised and lived out his extraordinary life in the Bear River Valley, except for two years of his youth spent in Australia serving a church mission. He married his high school sweetheart Carole Anne (Germer) in the Logan Temple on September 14, 1960 and together they raised 7 grateful children.  Vaughn and Carole were married for 45 short years until her death in November 2005 and are now reunited for their next big adventure. Vaughn later married the former Rita Richards Abbott in the Logan Temple in August 2006. Rita has been his caring sweetheart, constant companion, and selfless caregiver through many years of suffering the symptoms of his disease.

Vaughn was preceded in death by his mother and father, his brother Bert, and his first wife Carole. He is survived by his wife Rita, his sister Nadine, his children Carrie (Roger Norr), Russ (April Copeland), Matt (Tori Sandall), Mark (Tiffany Buxton), Brad (Tami Banz), Amy (Sean Lake), Allison (Bradey Lee) and his 30 grand and 25 great-grandchildren along with his step children, and step grand and great-grandchildren.

A viewing will be held on Friday evening from 6-8 p.m. December 7, 2018 at the Rogers & Taylor Funeral Home located at 111 N. 100 E. Tremonton, UT and also the following day from 9-10:30 a.m. at the Fielding Stake Center located at 4375 W. 15600 N. East Garland, UT. A funeral service celebrating his life will commence at 11 a.m. Saturday, December 8, 2018 at the same location.  Internment at the East Garland cemetery will immediately follow the services.