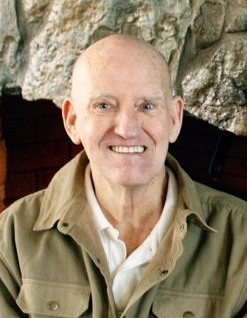 Passed on September 9th 2017 in Tremonton, UT surrounded by family and loved ones after a long struggle with cancer.

He was born on August 23rd 1940 in Elwood, UT to Lamar S. And Elizabeth Garbanati Cutler, who  had 9 children. He was proceeded in death by Gary Cutler, Charmane Hayward, Theo Morgan, Lyone Cutler, and Marlon Cutler.  He is survived by Gael Rhodes, Nadeen Smith, and Launa Badovinac.

The love of his life was Sandra Batty Cutler who proceeded him in death in 1992. Their legacy began after he was called to serve a full-time Scottish LDS mission. Their eternal marriage was sealed in the Logan LDS temple on March 4th 1964.

The greatest joy in both of their lives were their children, grandchildren and great-grandchildren. He is survived by Tracy and (Jeff) Madsen, Toni and (Todd) Mund, Terri and (Gary) Scovill, Lamar Cutler, Sam and (Sakhom) Cutler, and Nic and (Heidi) Cutler.  His oldest son, Thad Cutler, proceeded him in death in 1991. Vernon loved and cared for Jonathan Toone, Kyle Jolly, and Brandon Gifford as if they were his own children. His twenty-four grandchildren include: Savana, Kacee, Jorgen (Bug), Josh, Kassi, Alexia, Alicia, Tyler-Lyn, Zach, Rhett, Casie, Camie, Lexi, Lauren, William, Marcus, Alasia, Jordan, Zach, Kyden, Ryker, Nicson, Daxton, Chase and twenty-three great-grandchildren.

Vernon had an incredible amount of talent. He was gifted in woodworking and interior design. He loved antiques, cross-stitching, anything unique, and items with a great story. Vernon and Sandra enjoyed collecting and restoring antiques together.

Vernon’s testimony of the church was unwavering. He always expressed his sure knowledge of the plan of salvation. His life was one of service. He fully understood the commandment to serve one another. His home was open to anyone that he could help. He blessed the lives of many people in need.

He served in a variety of church callings including temple officiator. He enjoyed his time spent with his good friend Bryce Udy with the Lions Club.

In lieu of flowers the family has asked that donations be made to help those affected by the recent natural disasters through either of these links: https://ldsp-pay.ldschurch.org or https://www.redcross.org/donate/donation

Funeral services will be held on Wednesday September 13th at 1:00 pm at the LDS chapel located at 251 South Tremont Street. As per his request, no public viewing will be held.

Charitable donations may be made to: