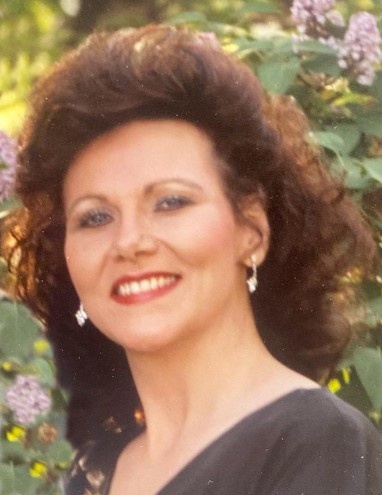 Vickie was born on December 15, 1954 in Logan, Utah to Orval and Margaret Hugie Petersen. She was raised in California until the age of 12 when her family moved back to Utah. She graduated from Bear River High School. On July 7, 1979 Vickie was married to her doting husband, Lyle and they were sealed for all time and eternity in the Logan, Utah Temple. Shortly after, her two children from a previous marriage (Heather and RaChelle) were adopted by Lyle and embraced as his own.

She was a pharmaceutical technician for many years before becoming a loan officer at Box Elder County Credit Union (BECCU) for 14 years. She held various positions in her community such as President of Women in Business, Secretary of The Chamber of Commerce, and The Women’s Civic League. Her face was even on a Billboard representing BECCU.

Despite her health struggles throughout her adulthood, Vickie developed and shared her talents for good and to spread the gospel of Jesus Christ of Latter-day Saints. She was well known for her angelic soprano singing voice and was a member of Reflections Choir, The Box Elder Symphonic Choir, and Old-time Fiddlers. She loved the theatre and landed many leading roles including Lucy Harris in the Martin Harris Pageant, Bob Cratchit’s wife in A Christmas Carol at the Old Barn Community Theatre, and the mother of Mary in the Savior of the World.  She sang beautiful solos in each of these productions that left the audience speechless. After years of performing, she moved on into the role of Director. She directed The Christmas Carol in 2006 at the Old Barn Community Theatre aka Stage Stop Theatre, and was an assistant director at the Martin Harris Pageant from 2003-2006. And somehow, she was always able to convince members of her family to join her in these productions, especially her husband, Lyle. Sometimes he was acting and other times he spent hours building sets. He was always by her side.

Vickie was a ray of sunshine, spreading kindness along her way. She was always throwing parties and hosting family gatherings at her house. She had an open door policy and many times you’d find people invited over that you hadn’t ever met before. And there was always food prepared for the size of an army. She was known for her cooking and baking, especially her divinity. Being creative landed her in the newspaper multiple times, whether it was for baking a ladybug shaped cake with her kids or decking out her yard for a high school football game with a PVC goal post, spray painted yard lines on her grass, and tombstones with the other team’s names.

The service will be livestreamed and may be found www.ruddfuneralhome.com under her obituary.