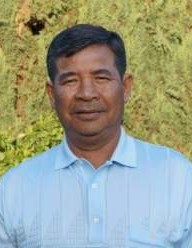 When in Cambodia, Vieth was known as the food gatherer for the family. Whether it was in the middle of the night or during the day, he’d always do what was needed for his family to have what they needed. During the war in Cambodia, Vieth fled to a refugee camp in Thailand. It was during this trying time where Vieth met the love of his life, Khom Ros. They married on November 30, 1981, and a year later welcomed their first son, Savoeun. In 1985, Vieth's family moved to Los Angeles, California where they resided for 13 years. It was here that they welcomed 2 more children, daughter Savai and youngest son, Worthy. In 1998, Vieth and his family relocated to Utah for a better life and opportunity.

Vieth enjoyed gardening, but fishing was his love. When he wasn’t working you’d be able to find him in his canoe on the river; either with his wife or his best friend Thah. Family get-togethers were always important to him. He always cherished those precious moments and never took those for granted. Recently, he found himself to be the happiest man in the world with the birth of his grandchild, Saige.

Vieth is preceded in death by his wife, Khom, two older siblings and his parents. Vieth is survived by his children Savoeun, Savai, and Worthy, as well as his daughter-in-law Melanie, son-in-law Nara and granddaughter Saige.

The family wishes to thank all those who provide support with their prayers, condolences, and help during this time.