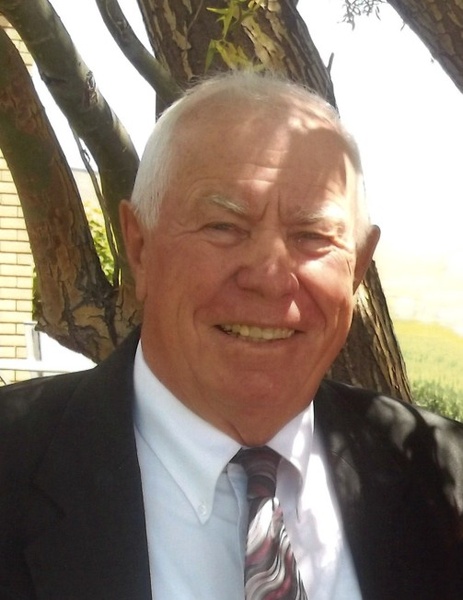 Virgil Reese Anderson (76) peacefully died from pancreatic cancer on the morning of Wednesday, June 23, 2021 with his sweetheart by his side after they celebrated their 57 year wedding anniversary.  He was born in Tremonton, Utah, December 13, 1944 to Virgil Leon and Virginia Fern Cornwall Anderson.  He was the youngest of five children.

Reese attended elementary school in Bothwell, Utah and junior and high schools in Tremonton.  After graduating from Bear River High School, Reese attended Utah State University.  He first sat behind the curly headed Susan Green in their 7th grade English class and they later became high school sweethearts. They were married in June 1964. Their marriage was later solemnized in the Logan Temple. They built their home in Bothwell where they resided for 55 years and raised their family.

Next to the love he had for his family, Reese loved farming and the feel of soil in his hands.  He enjoyed driving his John Deere and raised many crops, feeding cattle, and dry farming. He farmed in Bothwell, South Tremonton, and Promontory for many years, digging many water wells that made the valleys rich and green. Reese also loved to hunt.  Deer, moose, antelope, elk, lions, bobcats, it didn’t matter.  Every year he sent for his permits and couldn’t wait until Fall hunting season.  He especially loved those trips because his sons and grandsons would go with him, and a hunting trip was always an adventure. He had a love for cowboy poetry, taking rides on his ATV through the mountain ranges, black licorice with peanuts, and a cold Mountain Dew on ice.

Reese could strike up a conversation and make friends wherever he went.  He had a knack for telling tales, didn’t matter if they really happened or not. It was always fun to hear him share stories. He was a great conversationalist and never met a man he didn’t like.

He held many positions in the Church of Jesus Christ of Latter-Day Saints, and coined the phrase “let’s go to Bible school” during church which meant “let’s go get a treat during church”.  Grandchildren will always remember “Bible school”.

Funeral Services will be conducted by Rogers and Taylor Funeral Home in Tremonton, Utah with a public viewing on Monday, June 28th 6:30pm-8:00pm and on Tuesday, June 29th 9:00am-10:30am with funeral services following at 11:00 am in the Bothwell LDS Wardhouse.  Interment will be at the Bothwell Cemetery.

Special thank you to Symbaii Hospice for their extraordinary care.