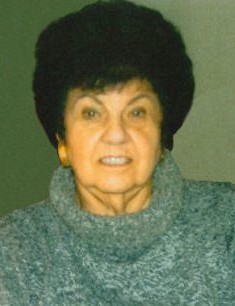 Voris June Anderson Austin, our beautiful mother, grandmother and great-grandmother of Garland, Utah, returned to her heavenly home on March 1, 2018. She had been living at Cottage Glen in Tooele, for the last three years and had recently moved to willow Springs Nursing Home in Tooele.

She was born in Bothwell, Utah to Calvin and Vivian (Iverson) Anderson. They later moved to Garland where she was reared and educated. She graduated from Bear River High. Voris worked as a telephone operator after graduation. She met and married Kenneth G. Austin in Bothwell, Utah on November 8, 1947. Her marriage was later solemnized in the Logan LDS Temple on April 1, 1953. They were blessed with 4 children; Kerry, Jeanette, Wendy, and Jim.

Ken and Voris spent their lives in Garland. She worked many Sugar Company Campaigns in the office with our dad. After the sugar factory closed she went to work with her best friend at Pam’s Jewelry in Tremonton.

Mom was an excellent cook and housekeeper. She took great pride in her home and kept it immaculate. She enjoyed sewing, quilting, and crafting. She was active in many social and civic groups. She traveled a great deal after our dad passed and visited friends and family all over the United States.

She was an active member of the LDS Church and served in many positions such as; Primary president, Relief Society counselor, teacher, and visiting teacher. She also worked for many years in the extraction program. She delighted in attending the temple.

Voris was a classy lady. She dressed to the nines, always had her hair done and never went to town without her lip stick on.

She was preceded in death by her parents, her brothers, her husband, Ken, her son, Kerry, and grandson, Jason Anderson.

A special thank you to Willow Springs Nursing Home and Rocky Mountain Hospice for their compassion and tender care of our mother.