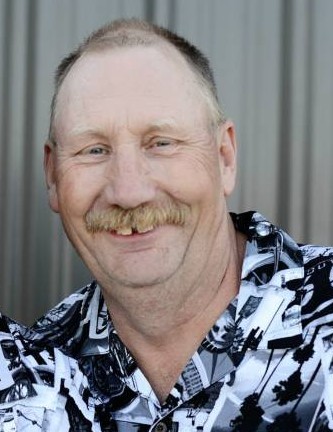 On September 11, 2018, we said goodbye to our husband, father, and grandfather, Warren Eugene Brantner at age 64.  He passed away peacefully surrounded by his loving family. Warren was born on the side of the road from Cobalt to Salmon on April 5, 1954 to John Francis Brantner and Neola Mae Mathews Bigler.  Warren grew up in the backwoods of “God’s Country” and was proud to be an “Idaho hillbilly.”

Warren was educated in the Riverside School District while growing up in Pingree, Idaho and upon receiving all his credits, he left home and began selling magazines across America. One of Warren’s accomplishments is being able to visit all 50 states during his life. While visiting Tremonton during this adventure, he met the love of his life Debbie Kae Farley and his salesman days abruptly came to an end. Warren and Debbie were married April 3, 1976 and settled in Tremonton where they raised their family of three sons and one daughter.  On June 19, 1992, they were sealed for time and eternity in the Logan LDS Temple.

Growing up in Idaho gave Warren an appreciation and love of the outdoors as he explored the country of southeast Idaho on horseback with his brothers and sisters. He enjoyed rafting on the Salmon River, 4-wheeling in the mountains, and was an excellent chef with dutch ovens. Warren especially liked to spend this time with family.

Warren is known as a hard worker and his favorite place was spending time out in the shop. Shop time included working on anything with a motor, welding, and any type of “production.” He was always willing to lend a hand to friends, neighbors, and strangers.  After finishing building his shop in 1999, he officially opened JetRod Manufacturing as a car repair and snow plowing business. Tree trimming became his focus after retiring in 2010 after 28 years of working at ATK Thiokol. Shop time with the grandkids became something he looked forward to and then sending them home to their moms dirty since “she has a washing machine.”

Most mornings, Warren could be found hard timing the coffee crowd at JCs diner. Also known as Satch, he will be remembered as a larger than life character with a zest for life, always willing to jump in and lend a hand, loved facing a challenge and conquering. There wasn’t a trade or deal he couldn’t make and he was always fair, the honest mechanic.

Dedicated family man, Warren’s heart melted every time one of his grandkids walked through the door and ran to give him a hug.  After a long, hard day working in shop or out cutting trees, Warren loved topping off the day with any grandkids that were visiting. He wore his heart on his sleeve and made sure that his grandkids knew how much he loved them with a hug and any treat he could sneak past their parents.

Warren is survived by “the old girlfriend” of 42 years, Debbie; his four children, Gary Allen (Annie) Brantner of Riverside, UT, Russell Elmer (Crystal) Brantner of Tremonton, Utah, Amanda Kae (Mike) Schneiter of Midland, Texas, Steven Ole (Emily) Brantner in US Coast Guard; his siblings, David Brantner of Nampa, Idaho, Dean Brantner of American Fork, Idaho, LaJon Brantner of Challis, Idaho, Lorri Hawkins of Pocatello, Idaho; 14 grandkids that are so cute they remind you of Warren, and many nieces and nephews. He is preceded in death by his parents, Johnny and Neola; sisters Norma, Betty, Regina; and brothers Kenny and Stan.