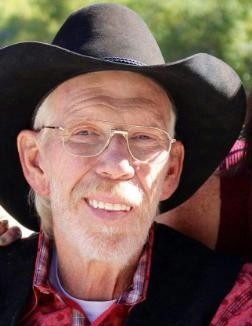 February 3, 2017 our amazing Dad, peacefully ended his journey here on Earth holding his sweetheart’s hand and surrounded by his children.

He was raised in Uintah and Huntsville and most recently lived in Portage.

During his life, he worked for several ranches throughout the west. For the last 21 years, he was a plant manager at Cache Commodities. He was also the owner of Circle T Chuck Wagon Catering. He was an amazing cook for his family, friends and just about anyone in need.

Wayne loved working with horses and livestock. He was also a member of the ApHA, AQHA and the APHA Jockey club. He really enjoyed woodworking hobbies and more than anything he enjoyed spending time with his family.

He is preceded in death by his parents; sister, Flora Elaine Smith; brother-in-law, Max Smith and son, Wynn D. Edwards.

The family would like to extend a special thanks to Bobbi Wadman for the special hospice care that was given to our dear Father, and to Luke Viernow for the countless hours building his dream casket (pine box).