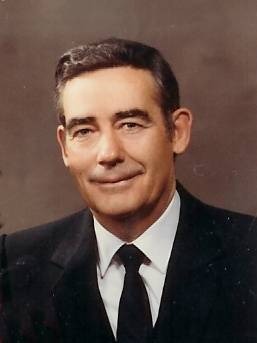 White Gerald Simmons passed away peacefully surrounded by his loving family on June 16, 2022 at the home of his son in Farmington, Utah.  He was a kind, humble man who spent his life in service to others – especially those who were vulnerable and suffering.  His greatest desire was to lift others up to see their true potential.

He was born, much to the surprise of his parents, 15 minutes after his twin brother, White Darold, on February 3, 1932 in Beaver Dam, Utah to Marvin Yates and Aileen White Simmons.  Growing up on the family farm, his father instilled in him the values of hard work and integrity.  His mother taught him to be kind and caring.  These ideals served him well throughout his life.

A graduate of Bear River High School, Gerald excelled in football earning all-state honors.  He went on to play football for four years at the University of Utah with his twin brother.  After his education, he returned to Bear River as a teacher and coach.  Gerald loved to mentor, teach, and coach, influencing many throughout his career to face challenges with grit and determination.  He also worked with his father-in-law, Alfred Manning, to operate the family farm in Howell, Utah, for much of his life.

Gerald was a devoted member of The Church of Jesus Christ of Latter-day Saints where he served in many leadership capacities as a priesthood leader, missionary, temple worker, and patriarch.  He had a gift for lifting “the hands which hang down” and reaching out to those who “sit in darkness.”  He loved the Savior and earnestly sought to follow His example.

He married his high school sweetheart, the love of his life, Marianne Louise Manning, on June 11, 1952 in the Logan Temple.  Marianne was an anchor to him giving him the confidence to excel.  They worked together as a seamless team in family, church, and professional activities.  A defining moment came early in their marriage when their oldest son, Dean Gerald, was killed in a fateful horsing accident in 1962 at age 9.  Of that experience Gerald wrote, “The suffering was so intense there were times when we didn’t think we could go on.  But go on we must.  We worked through it and probably became better individuals because of it.”

Gerald is survived by a son, Gary Alfred (Camille) Simmons, a daughter, Suzanne (Dana) Clark, a son David Manning (Laurel) Simmons, 14 grandchildren, and 41 great-grandchildren.  He was preceded in death by his parents, Marvin and Aileen, his parents-in-law, Alfred and Sue Manning, his wife, Marianne, his son, Dean, his brothers, DeWayne and Darold, and his sisters, Julia and Sherry June.

Funeral services will be held at 11:00 am in the Tremonton Utah Stake Center, 660 North 300 East, on Wednesday, June 22, 2022.  Friends and family may call from 6:30 to 8:00 pm on Tuesday, June 21, at the Rogers and Taylor Funeral Home, 111 North 100 East, Tremonton, and from 9:30 to 10:30 at the church prior to services. The funeral service will be livestreamed below.
To order memorial trees in memory of White Gerald Simmons, please visit our tree store.
White Gerald Simmons program.pdf
Open