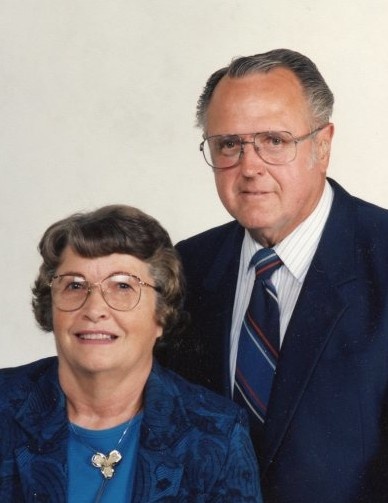 William Lyle Busby passed away on October 23rd, 2019 in Tremonton, Utah at age 87. He was born on January 25th, 1932 in Perry, Utah to Rollie Busby and LaVerne Tippets Busby. Dad’s father passed away when dad was three years of age leaving him to be raised by his mother.  Dad graduated from Box Elder High School and married Lois Fay Jones in 1950. They were in an auto train accident while on their honeymoon where she passed away.

Dad then married the love of his life, Shirley Jean Johnstun on September 14th, 1951 in the Logan Temple. He lived in Logan, Kaysville, Collinston, and East Garland. He enlisted in the Army and was deployed stateside during the Korean conflict. During his life dad was employed at Hill Air Force Base, Thiokol, Sperry Univac, Cache Valley Dairy, and La-Z-Boy. Dad loved to camp and fish and we spent many memorable times in the mountains and by the rivers of Idaho and Utah.

Dad knew how to fix anything. He was the family mechanic who was always working on our autos and appliances.

Dad was a member of the Church of Jesus Christ of Latter-Day Saints where over the years he served as Ward Clerk several times. He was a natural.