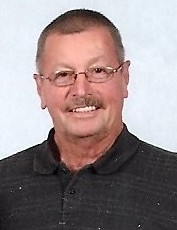 William (Bill) Ralph Bray, 77, passed away on September 19, 2016 in Honeyville, Utah with his family by his side. He was born in Elsberry, Missouri on August 26, 1939 to Ralph Penson and Constance Rose Bray.

Bill married the love of his life, Charlotte Haltiner on April 1, 1989 in Titusville, Florida. He has lived in many places throughout his life, including Elsberry, MO; Titusville, FL; and most recently in Honeyville, UT. Bill served in the U.S. Air Force then worked for Boeing, USBI, Thiokol and eventually retired from Autoliv. While working at Thiokol he worked on the Saturn/Apollo Program. He was actively involved with the American Legion.

The family would like to offer a special thanks to IHC Hospice as well as close family and friends for their loving care towards Bill.