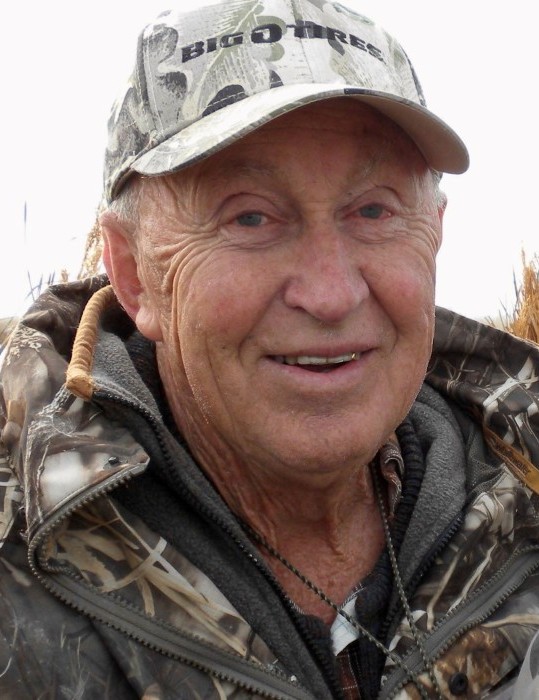 The world lost one of the most kind-hearted souls when our father, grandfather, papa, brother, and friend, William C . (Bill) Smith, passed away after a short battle with metastatic cancer, just three months after losing his wife Jeanna of 66 years. He was so devoted to Jeannaʼs care during her battle with Parkinsonʼs disease, that his own serious health concerns were masked. Bill passed away quietly at home, surrounded by family, on August 25th, at the age of 86. Bill is preceded in death by his wife Jeanna and his brother Dean, and is survived by his brother Keith and his three children, Kevin (Marcia), Terri (Bruce), and Tami (Brian), and many grandchildren and great-grandchildren.

Bill was born on November 13, 1933 in Salt Lake City, Utah, to Manasseh William Smith and Afton Eileen Cleverly. He had two older brothers, Dean and Keith, and they lived on a Holstein dairy farm in Woods Cross, Utah. His father passed away 5 months later of pneumonia, and after struggling to run the farm for a couple of years, his mother moved the family to Farmington.  There she went to work at Davis County Courthouse and raised the 3 boys by herself. Bill always said that a few friends and family made that possible, including his Aunt Dicy (his fatherʼs younger sister) and Uncle Clyde (his motherʼs younger brother), who were married and kept a close eye on Afton and the boys. Also, neighbors Iva Pace and Beth Kynaston were instrumental in their upbringing, keeping an eye on the boys while Afton worked and took night classes in SLC; she went on to become deputy clerk at the clerkʼs office.

Always a hard worker, Bill went to work at 8 years old for Orson Clark working in the fields weeding, picking and harvesting produce. He did this every summer until he was 14 when he took a job at Miller Floral in Farmington, beginning his lifelong career in the floral business. He attended Farmington Elementary, South Davis Jr. High in Bountiful, and Davis High in Kaysville. In 1952 he went to work for Clark Burnham at Burnhamʼs Flowers, Inc. and in 1959 he went to work for Walt Rice and John Tovey at Ensign Wholesale Florist in Salt Lake City. He became part owner when Walt retired in 1973.

Bill retired from Ensign on January 1st, 1994. In his own words: “I had the greatest job in the world - I counted flowers - millions of them.” Many of Ensignʼs customers will remember how Bill would whistle while he selected flowers for their order. He continued to whistle while he worked, even around the house, for the rest of his life.

In October 1953 he met Lurla Jeanna Baum, and they were married on February 6th, 1954 in Farmington, Utah. They built their home in Farmington where they lived for 37 years and raised their three children: Kevin, Terri and Tami. They had 10 grandchildren and 18 great grandchildren, plus one on the way, that they absolutely adored. The grandkids all have favorite memories of Grandpa pushing them on the swings, playing baseball in the backyard, coloring with them, letting them drive his car on the backroads of the fields below Farmington, and taking them to Cherry Hill to mini golf and to Dairy Queen for a treat. The great grandchildren will dearly miss going to Nana and Papaʼs house to play with all the wonderful toys!

Bill and Jeanna moved to Elwood, Utah in 1999 to be close to the youngest granddaughters, and they loved the friendliness of the community and their LDS ward. Coffee every morning at JCʼs Country Diner with the guys was a highlight of Billʼs day. He also continued his tradition of maintaining an impeccable lawn and landscaping, a thriving tomato patch, and sprawling flower beds, which earned him much neighborhood admiration and a Tremonton community accolade called the Green Arrow Award in 2007.

Bill loved watching sports, and knew every team’s record and every player’s stats. He loved fishing, golfing, and telling stories about his exploits with his childhood and young adult friends – most of which included his best friend, Hal Brown –  but his absolute favorite pastime of all was duck hunting. He belonged to the Newstate Duck Club and was on the board of directors for many years. Until his health made it difficult this past winter, Bill lived for the start of duck season. He could conjure up memories of almost every hunt and tell you who he hunted with, what blind they were in that day, how many and what kind of ducks they shot, and what the weather was like.

There isn’t a person who knew Bill Smith who didn’t say something like, “Heʼs one of the kindest men Iʼve ever met.” “He is just the nicest guy.” “Definitely one of a kind.” He will be missed by so many.

There will be a public viewing at Rogers and Taylor Funeral Home in Tremonton on Monday, August 31st from 5 to 7 p.m. The small funeral service held Tuesday, September 1st at 11:00 a.m. will be limited due to the Covid19 pandemic, but those who would like to attend virtually, the service will be streamed below.