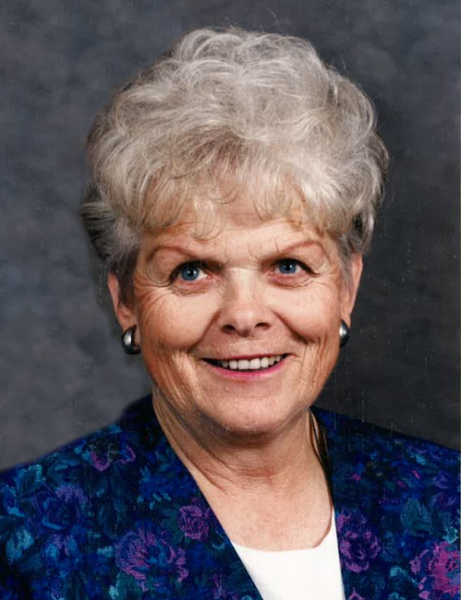 Wilma Evans Fridal, 87, passed away on April 25, 2018 in Tremonton, Utah. She was born on August 21, 1930 in Malad Idaho to Raymond Jones & Mabel Elvira Evans. Wilma was raised in Malad, where she attended and graduated from Malad High School.  She married Keith Russell Fridal on March 16, 1949 in the Logan LDS Temple. Keith passed away on May 24, 2011.

Wilma made her home in Elwood, where she raised her family and worked as a farmer and gardener. She also worked for Carl & Don’s as a baker for several years. She volunteered for over 30 years at the Bear River Valley Hospital. Wilma volunteered at the hospital until just weeks before she passed away.

She was a faithful life long member of The Church of Jesus Christ of Latter-day Saints. Wilma served in many callings including: Organist, Pianist, Relief Society President, Mutual President, in the Young Women’s, and as a Primary Teacher.

The family wishes to express thanks to all the staff at Our House Assisted Living, Elwood 3rd Ward Compassionate Service, Bear River Valley Hospital Staff, and all of Wilma’s dear brothers and sisters from the Elwood 1st & 3rd Wards.