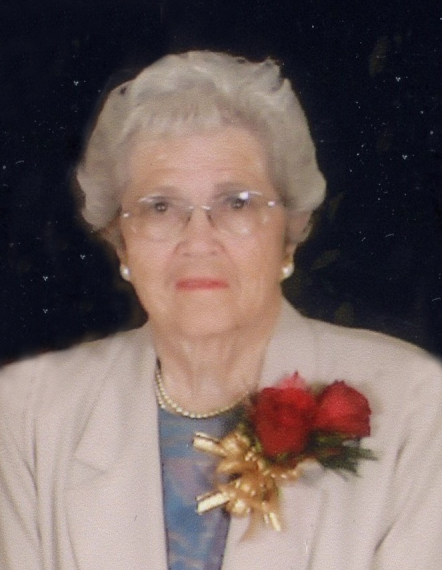 She was born on September 4, 1923 in Brigham City Utah to Peter Edwin and Annie Rock.  Winona was the youngest of five sisters.  She attended school in Brigham City, Howell, and graduated from Bear River High.

Winona supported Gerald on the farm in Hansel Valley, cooking for the hired men during the harvest season.  She worked for Wurlitzer Piano and La-Z-Boy, and was a member of the Daughters of Utah Pioneers.

Winona had many talents and hobbies. Her garden of roses, tulips, and peonies were her pride and joy.  Most of all she loved to look out the window at her flowering magnolia tree.   Making bread and rice pudding was her favorite way of serving her family and friends.   Winona was passionate about was making Christmas stockings for her family. She pieced, stitched and sequined over 50 stockings - each one created uniquely to her satisfaction.

Winona was a devoted member of The Church of Jesus Christ of Latter-Day Saints. She was very inspired by the Holy Ghost and listened to His promptings often.  She loved to attend the Temple weekly until her health prevented her from going.  She was active in genealogy research and served as the Relief Society President among many others callings.

Winona was preceded in death by her parents and sisters Leah, La Preal, Nola and Uneta, husband Gerald and son-in-law Shelton George.