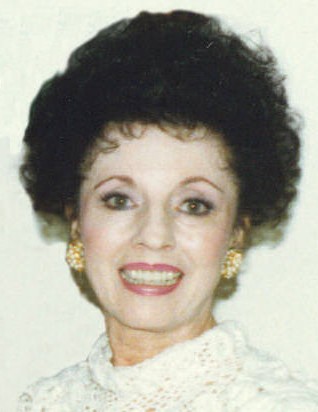 Zella H. Nelson, age 89, passed away peacefully at Hospice of the Valley in Phoenix, Arizona, on December 14, 2017.  She was born as Zella Irene Hill on January 29, 1928 in Tremonton, Utah to James F. Hill and Irene Davis.  She grew up on the family farm in East Tremonton.  She graduated from Bear River High School of Tremonton in 1946 and attended Utah State University in Logan, Utah.  She met her first husband, Caril G. Nelson, in Logan and they were married April 15, 1948.  Zella moved to the Phoenix area when she was 19 years old and has loved her life in Arizona ever since, while actively maintaining contact and involvement with her family back in Tremonton.  Together they had two sons, Alan and James.  They were later divorced.  She was later remarried to Robert S. Nelson, in Phoenix on December 4, 1964 and was devoted to him until his passing on March 5, 2007.  Zella is a member of the Church of Jesus Christ of Latter -day Saints.  Throughout her adult life, Zella was a cheerful and loving housewife, dedicated mother to her sons Alan and James, and was generous to family and friends with her time, love, charm, glowing smile and devotion.  A woman of internal and external beauty, she was also a skilled seamstress who loved to model her own hand-made clothing.   Light on her feet, she could dance the country two-step with grace and energy.  She was an excellent cook and any meal that she prepared, large or small, was always a special treat.    Zella is survived by her sons, Alan (Deirdre) and James (Patricia), 5 grandchildren, 2 great grandchildren, her sisters, Fanette Spencer of Garland, and Janie Pugsley of Tremonton, and was preceded in death by her brother, Eugene, and her sisters, Anna Lee and Jolene.  She is now in heaven and has been received by the Lord and her loved ones, and for that we are grateful.  The rest of us miss her dearly.  There will be a service held at Rogers & Taylor Funeral Home (435) 257-3424 at 111 North 100 East in her hometown of Tremonton on Saturday, December 30 (viewing 11:00 – 11:45 am; service 12:00 pm), followed by interment at Tremonton Riverview Cemetery.